MANILA, Philippines—A criminal group targeting jewelry shops was eyed as the suspect in a robbery at SM North EDSA Sunday night that triggered a commotion at the department store packed with holiday shoppers, a radio report said.

In the report, Police Officer 1 Ralph Celorio of Quezon Police District Station 2 said they are eyeing the “Martilyo” gang who pulled the robbery around 7 p.m. 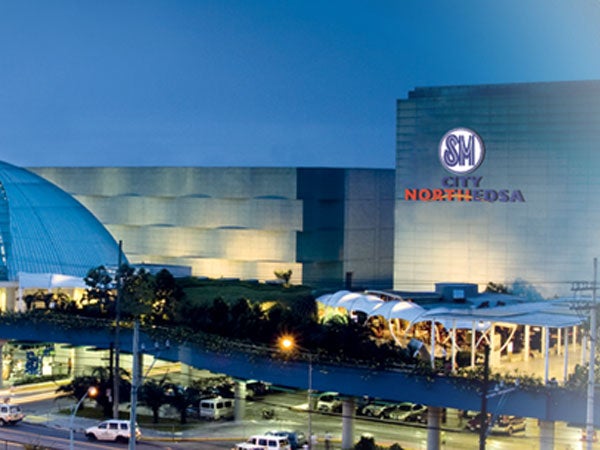 A crow bar and a hammer believed used by the gang were recovered at the mall.

“I had my police officers to go straight to SM North and now they are inside the mall to assess the situation,” Celorio said.

Celorio said that they could still not determine the number of the robbers who stormed the department store.

Initial reports from the Masambong police station said that at around 7 p.m., Sunday, at least three men started shattering jewelry display cases at the department store on the ground floor.

The robbers then grabbed the jewelry and fled. The attack caused panic among shoppers, who were herded to safety by security guards.

The SM management assured the public that the QCPD has taken control of the crime scene and that nobody was hurt in the robbery.

Purisima said they are investigating the situation to set the facts straight on who were the perpetrators of the crime.

“We are investigating to persecute the people involved; we are determining all angles in due time,” said Purisima.

Earlier reports suggested that the criminal group “Martilyo” gang were behind the incident but Purisima said that they are still in the process of investigating.

Read Next
Pope Francis says he is no Marxist
EDITORS' PICK
Tips for a cheerful life
Hidilyn Diaz wins weightlifting gold in Tokyo Olympics
Harnessing technology for quality education
Duterte warns of possible lockdown if ‘more aggressive’ Delta variant spreads
Connect to PH’s fastest network with new Signature Plan Lite at only P599 per month
Duterte: When I said I will fight drugs in 6 months, I thought it was like in Davao
MOST READ
Hidilyn Diaz wins weightlifting gold in Tokyo Olympics
Go to war with China over West PH Sea? It will be a ‘massacre’, says Duterte
Hidilyn shoots not only for gold but also for permanent place in PH sports history
Duterte acclaims Sotto: ‘He can become a good vice president’
Don't miss out on the latest news and information.