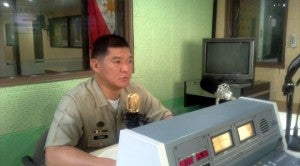 MANILA—The defense establishment is set to acquire P684.2 million worth of drones and other surveillance equipment for the Philippine Marines Corps.

The Department of National Defense (DND) has opened the bidding for one set each of the Marine Forces Imagery and Targeting Support System Acquisition Project (MITTS) for the three Marine brigades posted in different parts of the country.

The package also includes one drone.

Navy spokesperson Lieutenant Commander Gregory Fabic told reporters that the drones “would be the eyes in the air.”

“It can be used for surveillance and even search and rescue missions,” Fabic said.

Drones have cameras that could provide wider surveillance and reconnaissance, he said.