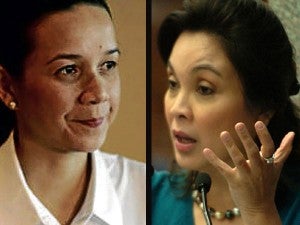 MANILA, Philippines—The country’s justice system remains painfully slow and this has contributed to the persistence of impunity in the killing of media practitioners, administration lawmakers said on Thursday.

Sen. Grace Poe and Sen. Loren Legarda made the remarks on Thursday after radio commentator Rogelio Butalid was shot dead on Wednesday in Tagum City.

Butalid was the third journalist killed in a span of just two weeks.

“I think that the only way you can deter the killings is by making sure that justice is carried out in a timely manner.  It takes years before a suspect is caught and brought to trial,” said Poe, the chair of the Senate committee on public information and mass media.

“Criminals are emboldened because hardly any suspected media killers are actually sentenced and thrown in jail,” Poe added.

Asked how she thought the government has been doing in bringing the perpetrators to justice, Poe indicated that much more needs to be done to hasten the process.

“I think that we need to unburden our courts and add justices, PAO [Public Attorneys’ Office] lawyers and also for the DILG [Department of Interior and Local Government] to push through with its plan to hire an additional number of police officers by 2014,” Poe said.

Legarda, a longtime broadcast journalist before becoming a senator, also blamed the incidence of “vindictive politics” in certain areas of the country.

“The slow judicial process and the lack of apprehension, prosecution of perpetrators of violence against media practitioners could be contributory to the continued violence,” Legarda said.

“The personalistic and vindictive politics prevalent in some areas also breed this kind of culture which is totally unacceptable in a civilized and humane society,” Legarda added.

The National Union of Journalists of the Philippines has condemned the attacks on journalists, adding that the culture of impunity has remained and even worsened under the Aquino administration.

In an earlier statement after the killing of broadcaster Michael Milo in Surigao Del Sur on Friday, opposition Sen. JV Ejercito said the killing of journalists under President Aquino’s watch should alarm Malacañang.

“The death of broadcaster Michael Milo, who is the 24th media man killed under the present administration, should seriously stir up Malacañang officials to end impunity and look into the welfare of Filipino journalists,” Ejercito said.

Ejercito also called for swift justice for the thirty-four journalists slain during the Maguindanao massacre in November 2009.

“Four years have passed and yet no justice has been served. I call on to the government to resolve this case before President Aquino’s term ends,” Ejercito said.