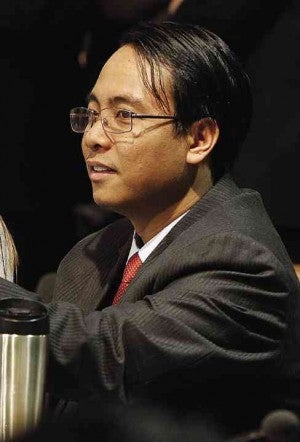 PUERTO PRINCESA CITY—Climate Change Commissioner and international negotiator Naderev Saño has joined the campaign to stop plans to put up a coal-fed power generation facility in Palawan as he urged local policy makers to go green instead.

“Palawan is our last bastion of biodiversity and should continue to be a model for sustainable development. Setting up a coal power plant in Palawan will endanger its ecosystem and crowd out the opportunity to develop renewable energy resources,” Saño told the Inquirer.

Saño, in an interview on Monday, recently shot to international prominence for his tearful speech at a United Nations climate conference in Warsaw, Poland, in November and a Ghandi-inspired 13-day hunger strike to press the international community to stop greenhouse gas emissions that cause climate change.

The petition signing started on Saturday during which Carbon also held a concert at Robinsons Palawan, which was organized by the anticoal group.

Campaign organizers have been drumming up opposition to the plant after the provincial government, led by Gov. Jose Chavez Alvarez, publicly endorsed the project, a 15-megawatt facility to be put up by DMCI Powers and fueled by the company’s own Semirara coal from its mines in Antique.

Alvarez, who also heads the Palawan Council for Sustainable Development (PCSD), has dismissed opposition to the plant, claiming that the technology to be used in the plant is environment-friendly and that the province is in dire need of additional power to spur growth.

A group of residents from Aborlan last week managed to secure a temporary environmental protection order (Tepo) from a local court to stop PCSD from issuing a clearance to the power plant project.

The Tepo, which is in effect for only 72 hours, will expire before PCSD’s scheduled meeting on Thursday to decide on the project’s permit.

“Coal is the biggest reason for human-induced climate change. Coal-fired power plants also do not make long-term economic sense as the price of coal constantly escalates and it will leave us a legacy of ever-increasing electricity rates,” Saño said.

DMCI Powers, a subsidiary of the Consunji group, has won the bidding for a 25-MW power supply agreement with the local utility Palawan Electric Cooperative based on a proposal to establish two coal-fired power facilities.