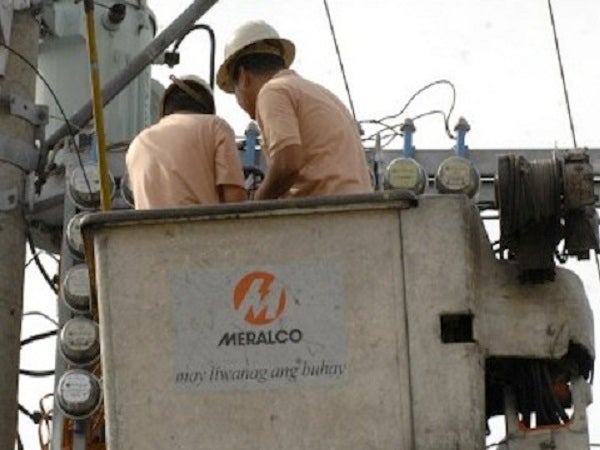 Protests greeted the huge increase in power rates that households in Metro Manila and neighboring areas will pay over three months.

Consumers, including members of advocacy groups, picketed the headquarters of Manila Electric Co. (Meralco) in Pasig City on Thursday to oppose the P2 to P3 per kilowatt-hour (kWh) increase in its generation charge.

At the same time, the National Association of Electricity Consumers for Reforms Inc. (Nasecore) has filed a petition in the Energy Regulatory Commission (ERC) questioning the expected increase in Meralco billing.

An additional increase of P400 to P600 in the monthly power bill of households in Metro Manila and neighboring provinces using 200 kWh is just too much to bear, the protesters said.

For households consuming 100 kWh a month, the increase will translate to P200 to P300 in additional payment.

Leody de Guzman, president of Bukluran ng Mamamayang Pilipino (BMP), said the power rate increase would leave an ordinary Filipino worker, who is the sole breadwinner of his family, with no money at the end of the month.

“So no money is going to be left for them. The Neda (National Economic and Development Authority) said an ordinary laborer needs to earn [more] every month because of the increase in prices of commodities then. And now they plan to increase electricity prices again?” he said.

The surge in power rates comes in the wake of increases in the prices of liquefied petroleum gas (LPG), or cooking gas, and fuel.

The power rates and fuel price increase are expected to spark inflation that will erode further the purchasing power of workers.

Groups such as the BMP and Kongreso ng Pagkakaisa ng mga Maralita ng Lungsod assembled at the Meralco main office around 10 a.m., slamming the electric utility for what they said was its “corporate greed” that would end up driving millions to further poverty.

Carrying placards that among others called for the repeal of the Electric Power Industry Reform Act (Epira) of 2001, which liberalized and privatized the power industry, the groups slammed President Aquino for what they said were his antipoor policies.

“P-Noy at Meralco, pahirap sa masa (President Aquino and Meralco, a burden on the poor)” a KPML placard read.

The groups, members of the Freedom from Debt Coalition, were prevented from advancing into the compound by Meralco security guards.

Meralco has announced that the rate increase was due to the rise in generation cost as a result of the maintenance shutdown of the Malampaya natural gas plant from Nov. 11 to Dec. 10.

The generation charge does not go to Meralco, a power retailer, but to power producers.

Meralco has been getting 50 percent of its contracted supply from the 1,500-MW Sta. Rita and San Lorenzo gas plants, which are both affected by the shutdown of the Camago-Malampaya gas production facility, Meralco senior vice president Alfredo S. Panlilio said in a letter to customers.

“Despite this, both will continue running at a limited capacity but will have to use more expensive fuel, as opposed to the cheaper natural gas from the Malampaya pipeline. In addition, Meralco will have to source more power from the Wholesale Electricity Spot Market (WESM). All these are expected to drive up generation charges,” he said.

Panlilio said Meralco would maximize the purchase of energy under its other power supply agreements (PSA) to mitigate the rate impact on customers.

“Additionally, Meralco has secured a new PSA with Therma Mobile Inc. for the supply of additional energy to take effect immediately upon the approval of the ERC. As a result, the anticipated upward adjustments are significantly lower than if Meralco had been more dependent on WESM,” he said.

Nasecore president Pete Ilagan said his group “delivered a letter to the ERC expressing strong opposition to the rate hike of Meralco as this is contrary to law and lacks due process.”

Meralco spokesman Joe R. Zaldarriaga said the company would seek ERC permission before adjusting its distribution rate, or the bill component from which the distribution utility earns.

The generation charge comes from rates set by power generation firms that supply Luzon and is passed on to consumers without benefiting Meralco, he said.

ERC Director Francis Saturnino Juan confirmed that there was a process governing Meralco’s distribution rate setting and that generation charges were essentially passed on automatically to consumers.

With its 5.5 million customers, Meralco stood to gain P3.5 billion in additional revenue if the increase is implemented, De Guzman said.

“Insensitive. They keep on using alibis,” De Guzman said, adding Meralco does not implement decreases even if the so-called problem that is the supposed cause of the increase in prices has been resolved.

Meralco’s 9,337-sq-km franchise area covers 31 cities and 80 municipalities, including Metro Manila, the entire provinces of Bulacan, Rizal and Cavite; parts of the provinces of Laguna, Quezon, Batangas and Pampanga.

The franchise area is home to 24.7 million people, roughly a quarter of the entire Philippine population.

That Meralco announced the rate increase when Filipinos were “grieving” as a result of the devastation wrought by Supertyphoon “Yolanda” was a reflection of the company’s “insensitivity,” the BMP president said.

“Even without the price hike, we’re already one of the countries with the highest electricity rates in Asia,” he said.

A lawmaker also described as insensitive Malacañang’s defense of Meralco’s rate hike when so many citizens were still struggling to recover from the spate of calamities that had hit the country this year.

Gabriela Rep. Luz Ilagan said the Palace was both “spineless and insensitive” when it spoke in Meralco’s favor.

“It is such a tragedy that even as the nation can barely recover from the onslaught of Supertyphoon Yolanda, Malacañang refuses to even exercise an iota of will in order to protect consumers from the greed of power producers and distributors,” Ilagan said in a statement.

Communications Secretary Herminio Coloma said on Wednesday that Meralco’s generation charge increase was not arbitrary and not unreasonable.

Ilagan also said it was callous of Meralco to make poor households pay higher electricity rates when the company had amassed P16 billion in profits in 2012.

In Malacañang, Coloma on Thursday said that the Aquino administration would protect the public from any unreasonable power rate adjustments.

Explaining the law regulating the prices of basic commodities due to the declaration of a state of national calamity, he said that under Republic Act No. 10623, or the law amending certain provisions of the Price Act (RA 7581), “automatic price control was instituted, including prices for household LPG, a basic commodity, due to declaration of state of calamity.”

However, the same law (Sec. 6) limits the price control of household LPG to only 15 days, Coloma said.

“It will be noted that the law does not cover power rates or prices of gasoline and petroleum products (except kerosene). It will be noted, further, that the oil companies—on their own volition—did not impose price increases in the calamity-affected areas,” he said.

“In the case of power rates, government will take proactive measures to curb possible abuses, such as imposition of unreasonable or excessive rate adjustments,” he added.

While the determination of power rates is market-driven, Coloma said the ERC was mandated by law to enforce rules and regulations that would curb possible abuses such as excessive rate hikes.

He said that although the Epira law instituted measures to alleviate the burden of the most needy sectors, such as the “lifeline rate,” the administration through the Department of Energy was exerting continuing efforts in finding additional solutions to power sector problems.

The lifeline rate structure allows those who consume up to 20 kWh a month free of charge, according to the secretary.

Senior citizens are also entitled to a subsidy of 20 percent.

PO1 Michael Hermosura of the District Public Safety Battalion that was in charge of security in the area estimated the crowd at 50 people.

But De Guzman said there were “60 to 70” people who heeded the calls for the picket. “We called for the picket only on Wednesday,” he said.

The protesters dispersed before noon.—With reports from Riza T. Olchondra and Leila B. Salaverria