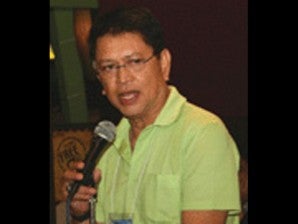 MANILA, Philippines – Former Abra Governor Vicente Valera, who faces a murder case in connection with the 2006 assassination of his political rival, Luis Bersamin, was acquitted on Tuesday afternoon of charges of illegal possession of firearms.

Valera was acquitted by the Quezon City regional trial court on the grounds the police search of his vehicle was illegal.

Court records show that the former governor was arrested for a reportedly unlicensed .45-caliber Colt pistol shortly after the December 2006 murder of Bersamin.

He was then aboard a Chevrolet Suburban which had no license plate, which was the initial reason why the Traffic Management Group flagged him down on Dec. 29, 2006 at a gas station.

The court ruled that the police’s search of the vehicle was invalid as there was no warrant for it, and that Valera and his companions did not consent to it.

At that time, there was no arrest warrant yet out for Valera in connection with the Dec. 16, 2006 murder of Bersamin.