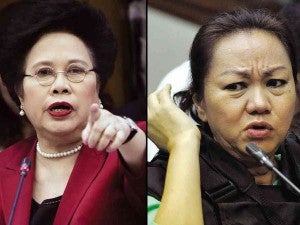 This followed after Santiago said that Enrile is involved in smuggling and plunder.

“If he smarted against the accusation, Enrile could have requested for an additional hearing where he could be present and interpolate Janet Napoles, who appears to be his BFF, or Best Friend Forever.”

Santiago said in her privilege speech that a “thorough investigation” of the National Bureau of Investigation led the Justice Department filed charges against Enrile’s involvement in smuggling and plunder cases.

The senator said that the Ombudsman is on the process of a preliminary investigation and that the resolution will be filed at the end of December.