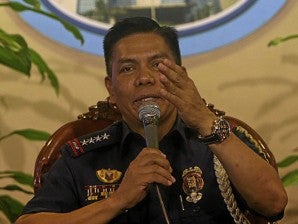 MANILA, Philippines — Police blotters coming from the National Capital Region will be going high-tech, as the NCRPO tests its e-blotter this September.

“Sa halip na mano-mano, magiging hi-tech [Instead of manual, it’s now going to be hi-tech],” said Bacalzo, adding that the records will be automatically available to the PNP Headquarters.

Bacalzo expressed hope that the service would eventually change for the better with the use of “relevant technology,” starting with the e-blotter.

But the e-blotter system was also meant to help police officials check on how efficient their officers were in addressing cases, said Bacalzo.

He said that by having access to the records, officers from the headquarters would be able to check how quickly police would respond to incidents and to track the progress of investigations.

He said that the force was targetting placing one computer for encoding police blotters in every metro station.

An officer will also be assigned to focus on encoding entries from the police blotter, Bacalzo added.