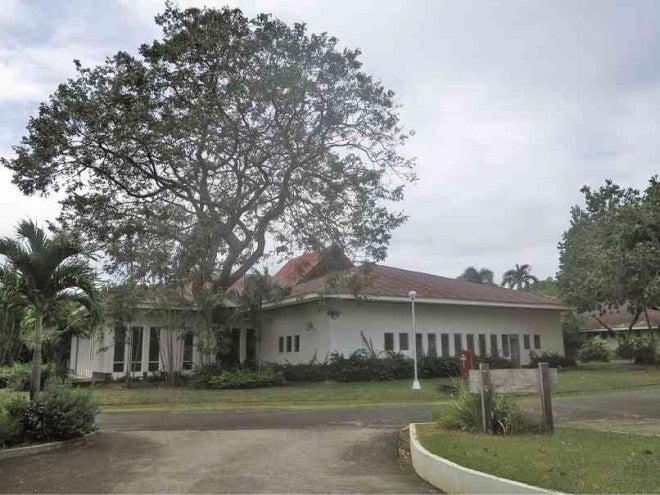 MORONG, Bataan—An economic zone in Bataan province could be a major relocation area for evacuees from Leyte and Samar provinces who had been hit and rendered homeless in the aftermath of Supertyphoon “Yolanda.”

Felicito Payumo, former chair of the Bases Conversion and Development Authority (BCDA), said Bataan residents, who saw the footage of evacuees boarding C-130 cargo planes flying out of Tacloban City in Leyte and learned of the conditions in temporary shelters at Villamor Air Base, called him up to say the province could house the evacuees better.

“Morong is a fishing and farming community, just like the ones hit by typhoon Yolanda. They can have a livelihood here,” he said.

Payumo said foreign financial aid could help in the construction of bunkhouses at Bataan Technology Park (BTP), which can house thousands of evacuees.

The area, which covers at least 360 hectares and where some buildings have been constructed, was used by refugees from the former French colonies of Indochina—Vietnam, Laos and Cambodia. More than three million people had fled these countries over the next 20 years following the communist victories in the region in 1975, according to the United Nations High Commissioner for Refugees (UNHCR).

Also known as “boat people,” some refugees reached the Philippines by boat and stayed at the Philippine Refugee Processing Center run by the Philippine government and the UNHCR. Their documents were processed for four to six months before the UNHCR secured approval for their resettlement by host governments in the United States, Europe, Canada, Australia and other parts of Asia.

The Catholic Bishops’ Conference of the Philippines took care of those who remained in the country. They were taken to Palawan province after the center closed in 1994, residents said.

Morong residents will live well with evacuees from the Visayas because the “[Morong] people were the ones who pulled ashore the Vietnamese refugees, unlike [people from] other countries who pushed them back,” Payumo said.

“At any one time, there were 20,000 who stayed there. When Tacloban or Ormoc is ready, they’ll go home. But no one knows how long the reconstruction [of typhoon-stricken areas] will take. So in the meantime, they can stay here [because] it’s a self-contained community. If these people stay in [Metro] Manila, they might be vulnerable to human traffickers,” he said.

Although the BTP is a big area that can potentially host evacuees, the government needs to rehabilitate the economic zone because structures there are dilapidated and some of these had been demolished, said Arnel Paciano Casanova, BCDA president.

“But we’re open to the idea to help. At first, we can put up makeshift, temporary shelters. Water and electricity [supplies] are already available there,” Casanova said.

Asked how much it would take to prepare the area for typhoon survivors, Casanova said the agency would need inputs from the Department of Social Welfare and Development (DSWD).

“We are not experts in evacuation infrastructure. The DSWD is in the best position to determine the needs. If they need it, we would be open to coordinating with them,” he said.

Casanova said the DSWD would decide whether it wanted to use the area. “We’re just waiting for them to say so,” he said.

Morong Mayor Jorge Estanislao, in a statement, asked government agencies in charge of assisting typhoon survivors to coordinate with the local government before any plans are made to use the land within the economic zone.

The area is being used for resort and leisure operations by a subsidiary of the BCDA, said Romulo Nawe, 59, BTP operations manager. The BTP has a few locators and the economic zone is being planned as a mixed-use community, he added.

Nawe raised concerns about the use of the BTP for typhoon survivors. “If they stay here, it would have to be temporary. The main concerns are food and livelihood. There is a great difference with [Vietnames] refugees because they were sponsored and the United Nations was funding them,” he said.

“For the typhoon evacuees, it will cost a lot to accommodate them here. It might be cheaper if the government will look for a suitable place in the Visayas,” he said.

“In my opinion, if you spend for bunkhouses and utilities [here], it might cost too much. We have to use the open space; about 2,500 to 3,000 individuals can live there,” Nawe said.

But Morong resident Julito Velasco, 66, said typhoon survivors could live better in BTP than in Villamor Air Base.

“They can plant vegetables here and they can also fish because the sea is just walking distance from here. The [Bureau of Fisheries and Aquatic Resources may] provide them with boats,” he said.

“It’s so hard to live in tent cities but here, they can roam free. It’s easy to earn income here if they plant leafy vegetables, such as pechay (Chinese cabbage) and kangkong (swamp cabbage),” Velasco said.

He said the national government should support the typhoon survivors. “You have to look at it from the perspective that these people need help, and a lot of it,” he said.

“If Indochinese refugees were accepted by residents in Morong, what more our fellow Filipinos who were devastated by typhoon Yolanda?” he added.