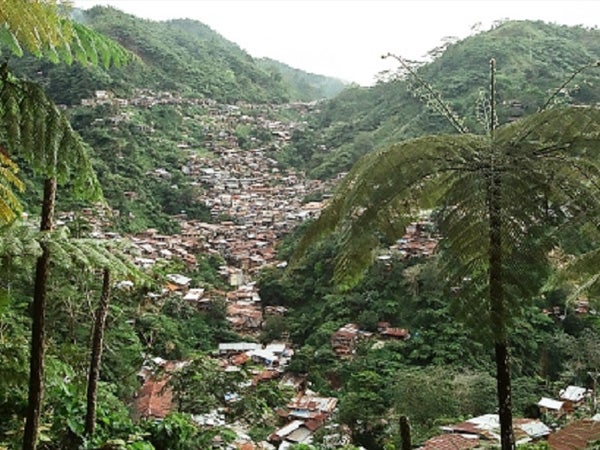 MONKAYO, Compostela Valley, Philippines – Fearing landslides, hundreds of residents in a community at the foot of gold-rich Mt. Diwalwal here have appealed to the government to allow them to permanently resettle in an area already designated as a minerals processing zone.

Owned by the state corporate arm Philippine Mining Development Corporation (PMDC), the five-hectare portion of Sitio Mebatas in Barangay (village) Upper Ulip, has been home to 270 families, mostly belonging to the Mandaya tribe who fled from Sitio Depot, four kilometers from Mt. Diwalwal, following the onslaught of typhoon “Pablo” in 2012, residents and community leaders said.

“We might have survived the typhoon but we could die in landslides if we go back to the Depot,” said Mabaslay at the sidelines of a village forum on disaster mitigation conducted by the Philippine Information Agency (PIA) and the local government here recently.

Mebatas is part of the 8,100-hectate Diwalwal Mineral Reservation Area (DMRA) and the area where Mabaslay and hundreds of others live is the site of a P20-million tailings dam the government has been planning to build to address the pollution caused by gold processing plants in the gold-rich village, according to Joan Pintal, municipal information officer.

A presentation by Engr. Allen Buenaflor, a geologist for MGB Southern Mindanao, has shown that the Depot area is situated on a steep slope with “high to very high risk” of a landslide.

“If people opt to stay there, constant monitoring of ground movements is advised and evacuation plans should be readied,” Buenaflor said, describing the portion where Depot residents have relocated as the safe and ideal area for settlement.

Mabaslay, the community leader, said 67 families who relocated from Depot have been living in tents provided by international aid groups for typhoon survivors.

“We’re hoping the government would establish our permanent relocation area here and not wait for a landslide to happen,” said Mabaslay.

In a meeting last February, PMDC officials had told residents the government mining corporation has prepared a relocation site for them.

But Viernicita Toyongan, another Depot resident, hopes PMDC would just “award” to them the area they’re now occupying.

“Maybe we could help (PMDC) look for another area for their tailings dam. We want to stay here,” Toyongan told the Philippine Daily Inquirer, adding many of the settlers have been working in farms just near Mebatas.

The PMDC has already laid plans for parceling portions of the Mebatas area to the settlers, according to Marcia Isip, regional program monitoring coordinator for the National Task Force Mt. Diwalwal.

Isip said another meeting has been scheduled within December between the PMDC and the settlers regarding the matter, although she did not give further details.

Created in 2003 by then president Gloria Macapagal-Arroyo, NTFD is a multi-agency policy-making body tasked to regulate the mining operations of the 8,100-hectare gold rich area.

Gold plants in Diwalwal to relocate