MANILA, Philippines–Oplan Hatid, the group offering free rides to victims of Supertyphoon Yolanda to their families in different parts of the country, said it is planning to publish a book that will showcase the Filipino’s “bayanihan spirit” (community spirit) in times of a disaster. 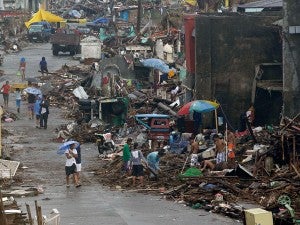 In an interview over Radyo Inquirer 990AM, James Deakin, one of Oplan Hatid’s organizers, said their book, which will likely be called “Wheel Power,” will be a collection of different stories about how Filipinos came together following the onslaught of Supertyphoon Yolanda in the Visayas.

“The bayanihan spirit is really something that is quite unique in Filipinos…the way we come together in a crisis,” Deakin said.

Deakin said there was a time when a foreigner told him “if I could just bottle this bayanihan spirit, and sprinkle it around the world where it’s needed. It would just do wonders.”

Deakin said they want the people in future generation in different parts of the world to know about this.

And even before the book has been published, Deakin said they have received over 500 orders of the book.

When Yolanda left unimaginable wreckage in Tacloban City and other parts of the Visayas where it hit last November 8, help in different forms poured in, even from the private sector.

Thousands of Filipinos from all walks of life volunteered for different causes in a bid to help destroyed areas get back on their feet.

Oplan Hatid, which is composed of around 500 volunteer drivers, was just among the groups who gathered themselves to lend a hand to typhoon victims.

Since they started, Deakin said they have ferried over 16,900 victims to their families in different places, including areas that are far from Metro Manila such as Cagayan de Oro, Isabela, Tuguegarao, Baguio, and Nueva Ecija, among others.

Deakin said they will turn-over this job to the Department of Social Welfare and Development on Sunday, December 1, but noted that they will regroup for another project they will call “Oplan Trabaho.”

In a previous Facebook post, Junep Ocampo, also an organizer of Oplan Hatid, said Oplan Trabaho would be a one-day job fair for the Yolanda survivors who are now in Metro Manila

He said the new project would likely be held at Araneta Coliseum where companies with job openings can come and hire survivors on the spot.

“We also would like to open the floor to donations in the form of office wear, shoes and bags . . . Maybe the NBI [National Bureau of Investigation, BIR [Bureau of Internal Revenue] and SSS [Social Security System] can also come in to process NBI clearances, issue TIN [Tax Identification Number] and accept SSS membership applications,” Ocampo added.

Other details, he said, will be released on Sunday.