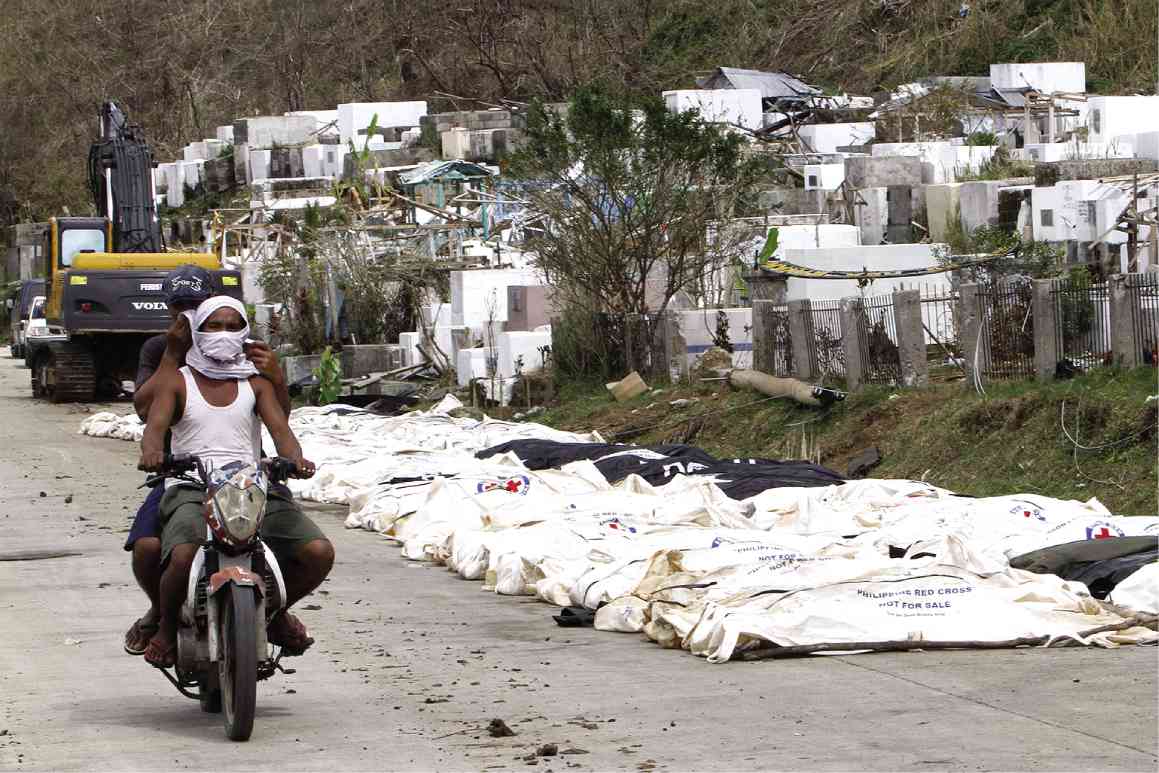 MANILA, Philippines—Sixteen days after Supertyphoon “Yolanda” pummeled the Visayas, the government is still hard-pressed in collating the latest death toll and other figures regarding the trail of devastation left by one of the strongest typhoons ever recorded.

In the latest report of the National Disaster Risk Reduction and Management Council (NDRRMC) on Sunday, it said a total of 5,235 people had died, 1,613 persons were reported missing and over 23,500 were injured when Yolanda roared across nine regions on Nov. 8.

The number of casualties has remained unchanged since the council released its report on Saturday.

Maj. Rey Balido, NDRRMC spokesperson, said several towns were still having difficulties submitting official reports on the damage wrought by the typhoon since power and communications had yet to be fully restored in many areas.

“We’re also facing challenges in getting the actual number of affected population and those who need relief assistance and shelters,” Balido told the Inquirer.

He noted that some local disaster management councils reported the number of affected population based on the latest census and not on the actual number of people displaced by the typhoon.

Asked why the recorded number of fatalities remained the same despite reports of bodies being retrieved in Tacloban City and other areas, he said Interior Secretary Mar Roxas had directed local chief executives to submit official reports duly signed by the mayors or governors to the NDRRMC.

“The reports are coming in trickles. Although there are reports that more bodies are being recovered, so far we have yet to receive [official] reports from local chief executives,” he said.

The NDRRMC said close to P22.7 billion worth of infrastructure and agricultural products was lost due to the storm, which also caused power outage in large swaths of the Visayas.

More than 53,200 families composed of 241,365 people were staying in 1,095 evacuation centers, while 684,945 families were still receiving assistance outside the relocation areas, the NDRRMC said.