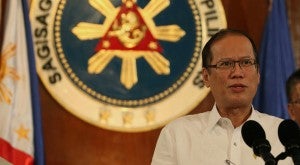 MANILA, Philippines—With local officials now in charge of relief distribution, the national government is turning its attention to the rehabilitation of the provinces devastated by Supertyphoon “Yolanda.”

“The requirements will be huge,” Budget Secretary Florencio Abad said earlier this week, noting that the cost would be “much more than” the combined $1-billion loans offered by the World Bank and Asian Development Bank.

Communications Secretary Herminio Coloma told reporters Thursday the government was expected to “incur huge expenditures that will have a substantial impact on the national budget,” as the country had also been hit by other natural calamities before Yolanda hit central Philippines on Nov. 8.

Among those calamities is a 7.2-magnitude earthquake that hit Central Visayas on Oct. 15, killing more than 220 people and leaving more than 970 injured and eight missing.

The earthquake damaged 73,000 structures in the provinces of Cebu and Bohol, 14,500 of them totally destroyed, including centuries-old churches.

Among the priorities of the Neda board is the “need to draw up resource generation and resource allocation programs that will have an impact” on the proposed national budget next year.

Coloma said the Palace would work with Congress in “fine-tuning” the 2014 budget, “taking into account specific funding requirements brought about by the recent calamities.”

If needed, he said the President would certify as urgent the proposed P14.5-billion supplemental budget for this year.

As proposed by the Senate, the amount will be drawn from the remainder of the pork barrel Priority Development Assistance Fund for 2013.

“We welcome proposals from congressional leaders to approve a supplemental budget that will provide additional funding for coping with the immediate needs, based on the availability of funds that will be certified by the national treasurer,” Coloma said.

In a separate briefing earlier this week, Abad said the huge requirements of reconstruction would need the private sector, including foreign donors and lending institutions, to step in.

Of the government’s savings of around P16 billion, only P12.6 billion remained as of Nov. 15 due to the relief operations set up in Cebu and Metro Manila, he said.

“Definitely, the scale of the rehabilitation and reconstruction that the Yolanda damage will require will be beyond the government’s capacity to undertake, and therefore, it is important for the government to tap into the private sector’s treasury, the local government units if they can,” Abad said.

Abad said, “You may have to look at tapping donors as well as seek reasonable loan packages from bilateral as well as multilateral sources.”

On relief assistance, the Palace acknowledged that safeguarding foreign donations not coursed through the government was a “concern.”

“What the government can take responsibility for are those donations that are directly coursed through the government system because these are subject to (the Commission on Audit) audit and other control measures,” Coloma said.

For other donations, he said donors could engage in “crowd-sourcing” by posting on websites or social media platforms “full details” of the relief assistance.

Coloma said the system would enable the public to check if donations indeed went to the intended beneficiaries.