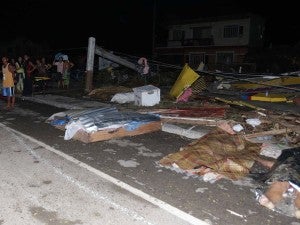 In the latest bulletin of the National Disaster Risk Reduction and Management Council (NDRRMC) issued on Wednesday, the death toll was raised to 4,011. President Aquino had earlier estimated the death toll at around 2,500 during an interview with international media network CNN.

The NDRRMC said around two million families or nearly 10 million people were affected by Yolanda, which was recorded as one of the strongest typhoons to hit land in history.

At least 3,310 of the death toll came from the province of Leyte, where storm surges engulfed coastal communities.

The supertyphoon also wrought damages to agricultural products and infrastructure worth about P12 billion and affected 10,716 villages in 44 provinces.

Meanwhile, based on the inspection of the National Grid Corporation of the Philippines, 566 transmission towers and poles were toppled and  seven substations shut down.