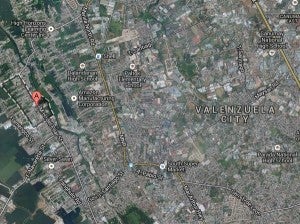 MANILA, Philippines—A collector of a merchandise company was robbed of the money he had collected on Monday afternoon.

The Valenzuela Police said victim Alfredo Calilap Jr., a resident of Bernardo Compound, Barangay Palasan, Valenzuela City and a collector of Migav Marketing, reported the robbery to the police on Monday afternoon.

The crime happened at Kilometer 16, MacArthur Highway, Barangay Valenzuela City, at around 2:30 p.m. on Monday.

Police reports show that Calilap by then had just collected a sum of money from a canteen that took supplies from the company he worked in, and was riding his service motorcycle, a Honda Wave 100 (3900 TN), along the highway, when he was robbed.

Two men, wearing helmets and riding on a yellow motorcycle, suddenly blocked Calilap’s path. One of the men then approached him, pointed a revolver at him, and declared a heist.

The man then seized from Calilap P5,000 in cash collections, and two cellphones worth P1,800 in all.

The robber then boarded his motorcycle and the two men left, driving in the direction of Meycauayan, Bulacan.

Did you know: robbery, theft cases in Camanava area