12 injured in bus attack in Nepal 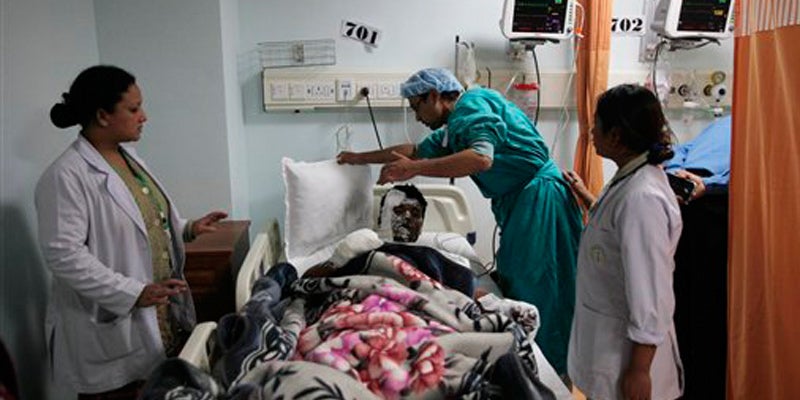 A victim of an explosion receives treatment at Grande hospital in Katmandu, Nepal, Wednesday, Nov. 13, 2013. Attackers hurled a gasoline bomb at a passenger van in Nepal’s capital during an opposition-called transport blockade Wednesday, injuring nine people, most with burns on their faces and body, police said. AP

Suspected opposition activists attacked the bus, which was part of a convoy being escorted by police after midnight near Basamadi village on the Mahendra highway in southern Nepal.

The attackers fled in the darkness. Police believe they were supporters of the alliance of 33 opposition parties who have been attacking vehicles to enforce their nine-day transport blockage since Tuesday aimed at disrupting next week’s elections in Nepal.

A similar attack on a passenger van on Wednesday in Katmandu left nine people injured.