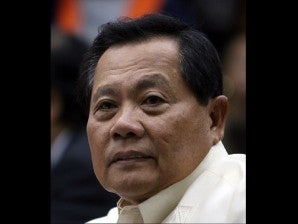 It was curious that the Philippine Coast Guard was unaware that the Department of Transportation and Communication (DOTC) four years ago bought P1.15 billion worth of equipment meant for its use.

So, another plunder case is poised for launching at Arroyo government officials seemingly at the center of a never-ending cycle of corruption scandals in the previous administration.

Bayan Muna Representative Teodoro Casiño on Saturday said former officials of the DOTC led by then Secretary Leandro Mendoza could face plunder charges for the department’s allegedly irregular purchase of P1.15 billion worth of marine environmental equipment and lighthouse spare parts in 2007.

“Mendoza could face possible plunder charges if [it is] proven there was an anomaly in the acquisition and if [he had] benefited personally from the transaction,” Casiño said.

Casiño has filed House Resolution No. 1640 asking the committee on good government and public accountability to scrutinize the purchase of “Marine Environmental Protection Equipment” (Mepe) and “Aids to Navigation” (Aton) spare parts by the DOTC for the use of the Philippine Coast Guard.

Casiño said the transaction was highly questionable as the Coast Guard, the end-user of purchased equipment, never made a request for their purchase and was never involved in the bidding and setting of terms of reference.

“In fact, the (Coast Guard) was not aware of the procurement as evidenced by letters of then (Coast Guard) Admiral Wilfredo Tamayo to the DOTC thanking the department for the information and stating that the (Coast Guard) would utilize and deploy the Mepe and Aton on an ‘as the need arises’ basis,” he said.

The DOTC has declined to comment on the issue. As of late Saturday afternoon, Transportation Secretary Manuel Roxas was en route back to Manila with President Aquino who made a state visit to China.

According to Casiño, the DOTC had used lapsed special allotment release orders (Saro) for the purchases and awarded the contract worth P1.15 billion to two suppliers despite the availability of other suppliers that could have delivered the equipment at a lower cost.

A Saro is a specific authority issued by the Department of Budget and Management (DBM) to a government agency authorizing it to contract goods and services and informing it of the amount of money available for it.

According to Casiño, in fiscal 2007, the DOTC had approved a budget of P1.15 billion for the purchase of Mepe and Aton spare parts for lighthouses throughout the country for the Coast Guard. The budget was covered by six Saros in various amounts for the months of January, February and March that year.

The contract was awarded to RH Lopez Trading, based in Greenhills, San Juan, and Berlyn Enterprises, a supposed joint venture contractor based in Quiapo, Manila.

Casiño said the Commission on Audit (COA), in an audit memorandum dated May 23, had pointed out certain irregularities in the DOTC equipment purchases.

He said the COA had questioned why it took so long for the DOTC to use the allotment released in 2007 and conduct a bidding on the transaction after the Saro had already lapsed.

The COA also noted that the DBM did not approve any realignment of the lapsed Saros to purchase the Mepe and Aton.

According to Casiño, the DOTC’s purchase of Mepe and Aton using lapsed Saros was not only irregular but highly questionable as the Coast Guard had never made a request for the equipment.

He said the Aton spare parts, an assortment of solar panels, solar and halogen bulbs, flasher/lamp changers, photo eyes and battery charger controllers, have apparently remained idle and are gathering dust in the DOTC stockroom.

Casiño also said it was “outstandingly irregular” for the DOTC to award the contract to only two suppliers/contractors given that there were many other suppliers capable of delivering Mepe and Aton spare parts at possibly lower prices to the advantage of the government.

He noted that Berlyn Enterprises, a company owned by a certain Chris Arcena, has been supplying materials and equipment of “small value use” to the Coast Guard while RH Lopez Trading is a construction firm that has had several dealings with the Department of Public Works and Highways.

“It is highly irregular for the two companies to be very, very lucky to bag the supply contracts worth more than a billion pesos,” he said.