MANILA, Philippines – Globe Telecom said on Tuesday that more cell sites in typhoon-battered provinces were restored that will improve the mobile connectivity in the Visayas. 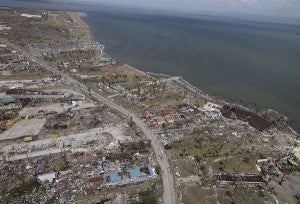 As of 6 a.m. Tuesday, 54 percent of base stations bogged down by monster typhoon “Yolanda” (international name Haiyan) was back in operations. As many as 30 cell sites have been restored in Samar and Leyte providing the needed telecommunication services in the area. 3G and 2G-enabled sites have already been restored in some parts of the region.

The company continues to accelerate its restoration work by transporting cell site equipment to several provinces in the Visayas.

SingTel, a major shareholder of Globe, has pledged to provide 50,000 Singaporean dollars while Australia’s Optus has donated 150 units of satellite phones to Globe Telecom, accelerating restoration and relief operations.