ILOILO CITY – A day after Supertyphoon “Yolanda” unleashed its wrath, only glimpses of the devastation in the Visayas was possible as reports came in trickles from places that were still without power or means of communications. 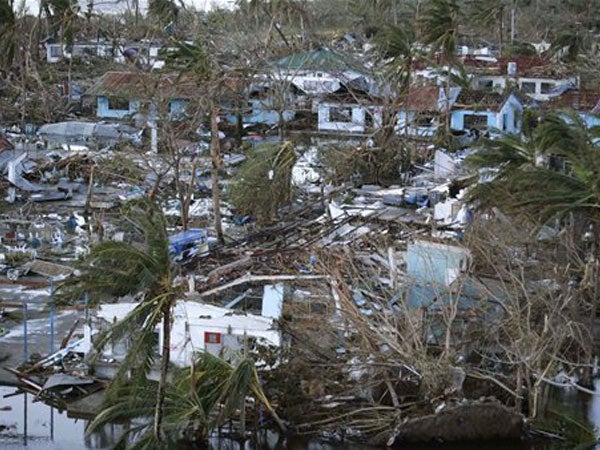 At least 22 people were reported killed in Iloilo, northern Cebu, Roxas City in Capiz, and Aklan but the number was expected to increase since communication remained difficult in these places, along with Leyte province. Most of the worst hit areas were still inaccessible and had not submitted reports to Provincial Disaster Risk Reduction and Management Offices.

(Many more were reported dead in Leyte, with initial unofficial reports placing them over 100.)

Six people were reported dead in Iloilo, six more in Cebu, four in Antique and three each in Aklan and Capiz, according to initial reports as of Saturday afternoon.

Almost all houses on the coast or on island-villages were destroyed or badly damaged by strong winds and big waves. Fallen trees and electric posts blocked roads and rice fields were littered with blown off galvanized iron roofing.

The howling winds did not spare churches, municipal and school buildings and other structures made of concrete.

After the strong winds, badly hit municipalities were still threatened by flooding due to rising waters from upland areas.

Aside from Cadiz, also hard hit in Negros Occidental were the cities of Sagay and Escalante and Toboso town, said the Provincial Disaster Management Team.

A report from the Provincial Social Welfare and Development Office showed at as of 6 a.m. on Saturday, 59,209 Negrenses were affected by the typhoon in 24 towns and cities in Negros Occidental and 12,992 were staying in 193 evacuation centers. 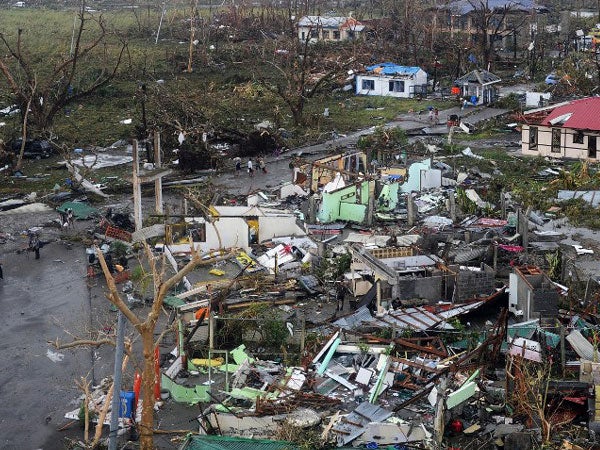 At least seven towns in northern Cebu remained isolated after being whipped by Yolanda.

Badly hit were Bogo City and the towns of Medellin, San Remegio, Daanbantayan on mainland Cebu and the municipalities of Sta Fe, Bantayan and Madridejos on Bantayan Island.

Local officials of the affected areas were appealing for help because the devastation was widespread.

“The devastation is overwhelming. We appeal for help from the national government and from international agencies and organizations,” said Iloilo provincial administrator Raul Banias after an aerial inspection of the worst-hit areas in northern and central Iloilo.

“If you see the devastation, you will cry,” said Mayor Patrick Escalante of Cadiz City, Negros Occidental, where at least 4,000 houses along the seashore and hinterland villages were destroyed.

Escalante appealed for food and other forms of assistance for the Cadiz victims to augment government help as the number of people in need was overwhelming.

The provinces of Capiz, Aklan, Antique and Iloilo were declared under a state of calamity by their respective provincial boards on Saturday to hasten the release of calamity funds.

Governor Marañon of Negros Occidental has asked the provincial board for a special session to declare the province under a state of calamity.

Cebu was already under a state of calamity following last month’s magnitude 7.2 earthquake.

Most of Panay Island was  without electricity for a second day on Saturday. Power was restored to parts of Iloilo City Friday evening. 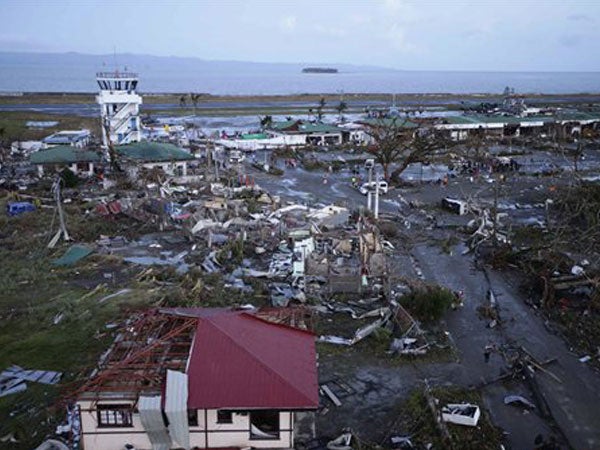 Communication has been hampered by lack of telephone connections and mobile signals in municipalities.

The national road connecting Iloilo with Aklan and Capiz was impassable as of Saturday morning due to fallen trees and flooding.

He cited the island village of Malangabang in Concepcion in Iloilo where at least 250 fishing boats were destroyed.

Tupas was acting as governor and chairman of the provincial disaster council because Governor Arthur Defensor was in Manila to attend the burial of his 14-month-old grandaughter.

In the capital town of Kalibo in Aklan, the ABL Sports Complex which served as an evacuation center and provincial command center was damaged when strong winds tore off a part of its roof.

At least 11,461 houses were destroyed and 6,855 others were damaged according to reports from six of the 15 towns of Aklan, according to Galo Ibardolaza, executive officer of the provincial disaster council.

“This is worse than Typhoon ‘Frank’,” said Aklan Gov. Florencio Miraflores, referring to the typhoon that devastated Aklan and other parts of Western Visayas in 2008.

Miraflores said it could take a month to fully restore electricity in the province due to the number of fallen electric posts and damaged connections.

At least 80 percent of houses and buildings, including the Immaculate Conception Metropolitan Cathedral and provincial capitol, were damaged or destroyed in Capiz, according to Gov. Victor Tanco.

“This is the worst calamity experienced by Capiz. We could not believed what happed,” Tanco told the Philippine Daily Inquirer.

“It looks like Roxas City was crumpled. I have not seen a house without damage,” said Mayo Ala Celino.

Celino said assistance was also hampered by lack of personnel because the houses of most city hall employees and officials, including himself, had also been damaged.

In nothern Cebu, the towns of Bogo, Medellin, San Remegio, Daanbantayan, Sta. Fe, Bantayan and Madridejos were without communication, power and water supplies while only motorcycles and small vehicles could navigate the roads because of fallen trees.

Medellin Vice Mayor Alfonso Lim said they too needed food assistance for their people as the municipal government was unable to operate because government buildings were badly damaged.

The typhoon blew off the roofs of the public market, sports complex and public schools among others as about 70 percent to 80 percent of their houses, government structures and infrastructure were damaged by the typhoon.

In neighboring San Remegio town, about 90 percent of the houses were without roofs, said Councilor Jun Verallo.

About 80 percent of the houses on Bantayan Island were destroyed.

In Sogod and Tabogon towns, fallen trees covered the roads. A ten-wheel truck carrying animal feed fell on its side in Tabogon.

Cebu Gov. Hilario Davide III urged Cebuanos not to be disheartedned but to rise together. 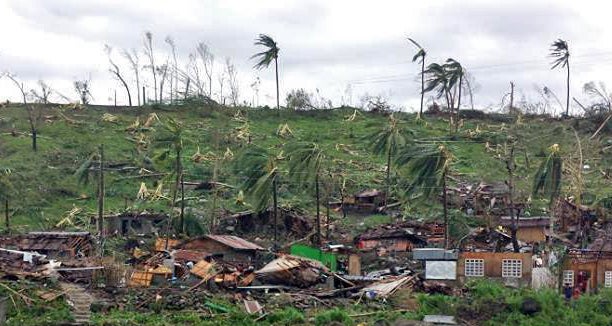 This photo from the Facebook group Leyte Community Page shows houses destroyed by the strong winds caused by Typhoon Yolanda in Ormoc, Leyte.