Napoles transfer to regular jail up to court 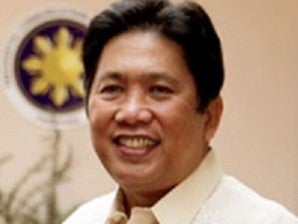 MANILA, Philippines—Malacañang is leaving it to the court to decide if Janet Lim-Napoles need to be transferred to a regular jail.

Secretary Herminio Coloma, head of the Presidential Communications Operations Office, said only the court, which has jurisdiction over Napoles, can decide on her fate.

“The government will abide by the rules of the court,” he said.
Coloma issued the statements when sought to react to Senator Francis “Chiz” Escudero’s call on the government to transfer Napoles to a regular jail after she refused to talk about the P10 billion “pork barrel” scam when she appeared before the Senate Thursday.

Napoles is currently detained at Fort Sto. Domingo in Sta. Rosa, Laguna for serious illegal detention of her cousin and whistle-blower Benhur Luy.

Coloma though said Napoles’ safety remains the concern of the government.

“The safety of detainees is an institutional concern of the government. The President decides not on the basis of personal feelings or emotions but on the basis of what is good for the entire country, what will strengthen our process of justice and penology and detention,” he said.

“That’s the concern of the President, not the issue on whether he was fooled or not. It’s not like that,” Coloma added, reacting to a question that the President might have been fooled by Napoles when she surrended to him, saying that her life was in danger.