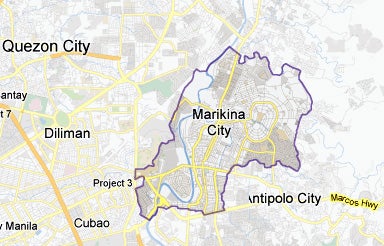 MANILA, Philippines—The emergency room of a hospital in Marikina City temporarily shut down after a one-year-old girl suspected of having meningcoccemia died Monday night, Radyo Inquirer 990 AM reported.

The victim, who was a resident of Barangay (village) Mambugan in Antipolo City, was declared dead at 11:45 p.m. last night—only five hours after she was brought to the hospital having “bluish rashes.”

The report said the girl’s parents also had the rash.

The Amang Rodriguez Memorial Medical Center in Marikina City closed its emergency room for fumigation to prevent the spread of the infection.

The hospital staff and those who had direct contact with the victim were given prophylaxis, an antibiotic.

As of posting time, the ER of Amang Rodriguez is still closed. The hospital is using its lobby as makeshift ER.

Meningococcemia is an acute and potentially life-threatening infection of the blood stream caused by a bacteria called Neisseria meningitidis.

The bacteria frequently live in a person’s upper respiratory tract without causing visible signs of illness. These can be spread from person to person through respiratory droplets or air borne.

Family members and those closely exposed to someone with the  condition are at increased risk. Symptoms may include fever, rashes, headache, anxiety, irritability, muscle pain and nausea.

But in the radio report, Department of Health Program Manager for Emerging and Re-emerging Infectious Diseases Dr. Lyndon Lee-Suy allayed fears raised by the victim’s neighbors.

Lee-Suy said only those who had direct exposure with the victim were susceptible to the infection. He advised them to immediately have themselves checked if they start experiencing signs and symptoms of “Meningo.”

“Not all meningococcemia patients succumb to it because the infection can still be prevented,” he said.