Senator Recto’s ma dies while on holiday in Cambodia; remains to arrive Tuesday 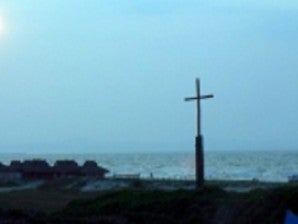 A staff member of Senator Recto, who did not want to be identified, said on Monday that Mrs. Recto died in sleep on the day she was supposed to return to the Philippines. She was 72.

Radyo Inquirer 990AM also reported that Mrs. Recto woke up  early Saturday morning, took a bath  and even had coffee as she was preparing for her  8am flight  back to  the Philippines

While waiting for her companions,  she took a nap  and  never  woke  up again, the report said. Mrs. Recto was also reported to be suffering from pneumonia.

Recto’s staff member said that Mrs. Recto’s body is scheduled to be brought back to the Philippines on Tuesday.

Recto and his wife, actress and Batangas Gov. Vilma Santos, were on a weeklong vacation in Tokyo when they got the news. They were expected to arrive in the Philippines Monday night.

“Malakas yun, nanood pa ng impeachment dati,” said the staff member, who was surprised  by the sudden death  of  the  senator’s mother.

A Vilma Santos fans’ Facebook account posted a request to “include in your prayers the soul of Mrs. Carmen Gonzalez-Recto, adding she “was born to eternal life while on vacation.”