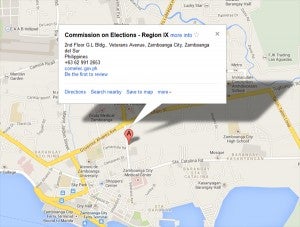 MANILA, Philippines – The Commission on Elections (Comelec) storage office in Zamboanga City where important documents are being stored was broken into by several people.

The lock of the door was destroyed to open the room, local police found.

The persons were apprehended and brought to the local police office where their fingerprints and photos were taken.

Local Barangay (village) elections in Zamboanga City were previously suspended due to the recent attack by the rebel group Moro National Liberation Front.

Comelec previously said that they would hold special elections within November.