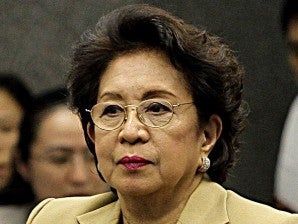 The Ombudsman resolution stated that initial investigation and evidence “preliminarily established that the guilt of Assistant State Prosecutor Diosdado Solidum Jr. is strong and which, if duly proven, would warrant the penalty of removal from the service.”

“There is also enough basis to conclude that his continued stay in office may prejudice the just, fair and independent disposition of the present case. This office is, therefore, fully convinced that placing respondent [Solidum] under preventive suspension is proper,” the Ombudsman said.

Solidum who is based at the Department of Justice central office in Manila, allegedly demanded P2.5 million in exchange for the dismissal of criminal case against 241 PALEA members.

Solidum was arrested in an entrapment operation.

PALEA coordinated with the NBI and Justice Secretary Leila De Lima in planning the operation.

PALEA filed a petition for review with the Department of Justice after the Pasay City Prosecutors Office found probable cause to charge them in court.

In their petition for review, they said the case was in the nature of a Strategic Lawsuit Against Public Participation (SLAPP) suit in order to intimidate, harass, and stifle the rights of the respondents-appellants in the exercise of their constitutionally-protected rights.

Read Next
Kapunan denies law firm pressured to drop Napoles as client
EDITORS' PICK
EDITORIAL: To a bike-friendly future
The Best Tech Gifts For The 2022 Holidays
Is it safe to talk politics again at family gatherings? ‘The Reconciliation Dinner’ shows us what that’s like
House energy committee chair Arroyo bats for cheap electricity
vivo’s coming to town to grant wishes with more holiday promos
Pagasa: Warm, sunny Sunday in most parts of PH
MOST READ
LOOK: Vhong Navarro transferred to BJMP detention facility in Taguig
The Elephant Man in the Senate
Posh village as ‘shabu’ haven
LOOK: Zanjoe Marudo bonds with Ria Atayde, her family
Don't miss out on the latest news and information.