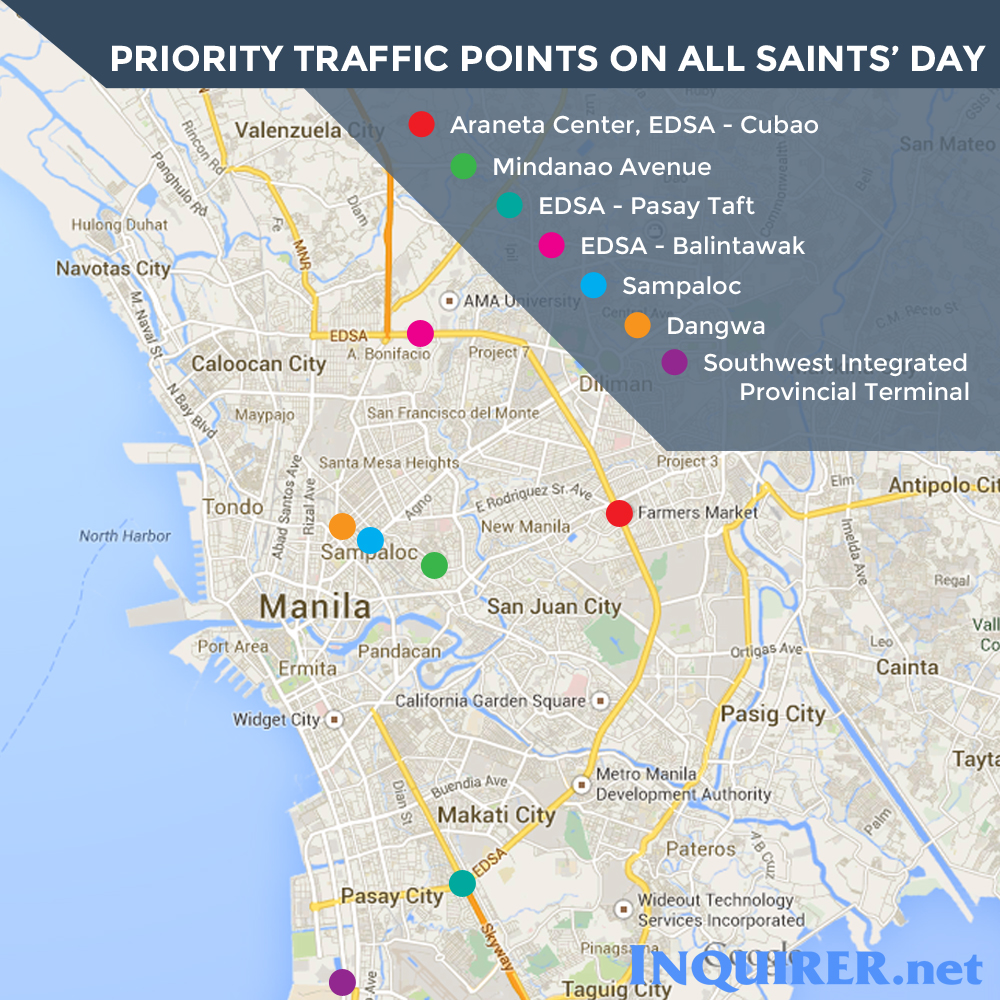 MANILA, Philippines—The Metropolitan Manila Development Authority said Thursday it is set to deploy over 2,000 of its men for the observance of this year’s All Saints’ Day next week.

MMDA Chairman Francis Tolentino said his men, most of which are traffic constables, will be tasked to ensure smooth traffic along major thoroughfares and identified traffic-prone areas in Metro Manila.

Additional traffic personnel will also be deployed to the Southwest Integrated Provincial Terminal, which services public utility buses that ply the Cavite-Laguna-Batangas route.

“Our focus is to keep tra 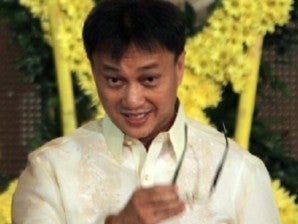 ffic flowing by strictly implementing our existing traffic laws and clear the roads and sidewalks leading to and from the cemeteries,” Tolentino said.

Teams from MMDA’s Anti-Jaywalking Unit and Overspeeding will also be tapped for traffic management work, Tolentino said, as well as members of the Task Force Illegal Terminal, Parking Discipline Group, Towing and Impounding Group who would clear major roads and sidewalks of all forms of obstructions, including illegally parked vehicles.

Public assistance centers with tents and ambulances will also be set up by the Road Emergency Group at the four major cemeteries to provide medical assistance to those who would need it.

Tolentino said members of the Sidewalk Clearing Operations Group (SCOG) will also be utilized to assist commuters at bus terminals and ensure the orderliness of the roads and sidewalks.

The various teams will be deployed starting October 25 to November 4.

For traffic monitoring, MMDA will field its “Agila 1” and “Agila 2” mobile command centers, which are capable of sending real-time video footages to the MMDA’s Command and Communications Center in Makati City.

“This is an all-out effort of the MMDA, in coordination with other government agencies and local government units, to maintain order in the streets on All Saints’ Day and All Souls’ Day, and, of course, to assist the public, especially those going to and from the cemeteries,” Tolentino added.

MMDA to help in cleanup of public cemeteries in Metro Manila

Manila North Tollways gears up ahead of All Saints’ Day