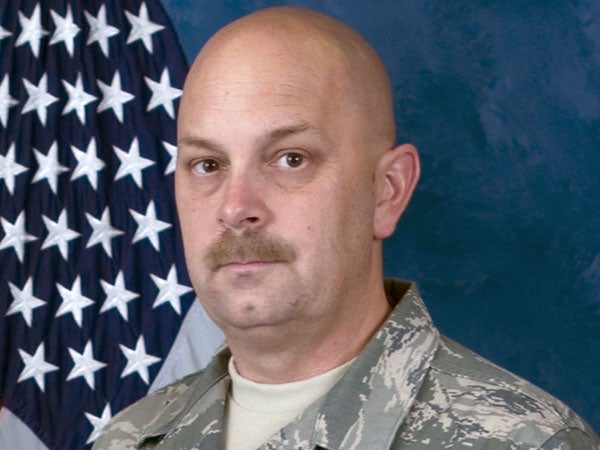 This undated photo released by the Nevada Air National Guard shows Sparks Middle school math teacher and former Marine Michael Landsberry, 45. Authorities say the student who opened fire Tuesday, Oct. 22, 2013, on the Nevada middle school campus, wounding two students and killing Landsberry, got the weapon from his home. Police said a Sparks Middle School student was the lone shooter and turned the weapon on himself. AP

LOS ANGELES—A US teacher killed by a 12-year-old gunman was hailed a “hero” Tuesday for confronting the boy, who also injured two other students before turning the gun on himself.

The shooter, who has not been identified, used a Ruger 9 mm semi-automatic handgun which he had taken from home in the early Monday school shooting in Sparks, Nevada, according to police.

The boy’s motive for the shooting, the latest incident adding to a hefty toll of fatal gun crimes in America, was unclear.

“After the first student was shot, Mr. Landsberry calmly walked toward the shooter, putting his hands up in a motion to try to stop the individual’s actions,” said Mieras.

“Mr. Landsberry’s heroic actions, by stepping toward the shooter, allowed time for other students in the playground area to flee,” Mieras added.

Deputy Police Chief Miller said the shooter’s family is cooperating and that the crime scene has been expanded to their home. Officers have not ruled out bringing charges against his parents, because of the weapon used.

The two students injured, both also 12 years old, are “stable and recovering,” said Miller, adding that one victim was shot in the shoulder and the other in the stomach.

The incident has stirred some debate about America’s lax gun controls, an issue that gained global and national attention—but little subsequent reform—last December after a massacre at a school in Newtown, Connecticut, which killed 26 people, including 20 youngsters.

“The unthinkable has happened yet again,” said Nicole Hockley, mother of six-year-old Dylan Hockley who was killed at Sandy Hook Elementary School in Newtown, responding to the Nevada shooting.

“Our thoughts and prayers are with the victims, their families and the children of Sparks Middle School, who … came face to face with violence that no child should ever experience,” she added in a statement.