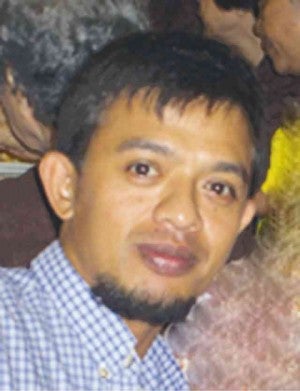 It was a restaurant busboy’s word against that of a military officer.

Citing an eyewitness account of the 2007 Jonas Burgos abduction, a Quezon City court has ordered the arrest of an Army major in what may be the most significant development by far in the case of the missing farmer-activist.

But six higher officials being linked to the disappearance, including two former chiefs of staff of the Armed Forces of the Philippines (AFP) and a former chief of the Philippine National Police (PNP), were cleared by the Department of Justice of the charges filed by Burgos’s mother Edita, widow of veteran journalist and press freedom advocate Joe Burgos.

Ruiz cited the affidavits of several witnesses, including one who claimed seeing Baliaga seize Burgos at Hapag Kainan restaurant at Ever Gotesco mall, Commonwealth Avenue, and force him into a vehicle outside the mall on April 27, 2007.

The arrest warrant dated Sept. 11 was addressed to the Army headquarters in Fort Bonifacio.

The AFP on Tuesday said it would comply with the warrant as soon as the officer’s military lawyers receive a copy.

Zagala said Baliaga was assigned to the Army headquarters in Fort Bonifacio as soon as he was charged with the abduction of Burgos, “to make him readily available to the court when needed.”

Baliaga is a member of the Philippine Military Academy’s Class of 2000. When Jonas disappeared, he was with the Bravo Company of the Army’s 56th Infantry Battalion based in Bulacan province.

In the order, Ruiz said: “After personally evaluating the evidence in support of the case, consisting of affidavits of witnesses, the information, the resolution of the prosecutors and all other evidences attached to this record, this court finds that probable cause exists against accused (Baliaga) and that there is a necessity of placing him under immediate custody in order not to frustrate the ends of justice.”

The case was raffled to Ruiz’s sala after Assistant State Prosecutor Gerald Gaerlan issued a Sept. 5 resolution finding probable cause to indict Baliaga for arbitrary detention. The same resolution tackled the other complaints—murder and obstruction of justice—filed by Edita Burgos on June 9, 2011.

According to the complaint against Baliaga, which Gaerlan filed in the QC-RTC on the same date, the officer “willfully, unlawfully, feloniously, detained (Burgos) without legal grounds.”

Gaerlan, whose findings were later approved by Prosecutor General Claro Arellano, added that Baliaga received help from three men and a woman in detaining Burgos.

In approving the charges against Baliaga, Gaerlan noted the May 10, 2012, hearing in the Court of Appeals in which a witness from Hapag Kainan restaurant put the Army officer at the crime scene. The CA was then hearing Edita’s petitions for the writ of habeas corpus and the writ of amparo.

A restaurant busboy then claimed that Baliaga told him to stand back and warned him not to help Burgos since the latter was being arrested for being an alleged drug offender who had been under government surveillance.

In his defense, Baliaga maintained that he had neither known nor met Burgos.

He said he was no longer assigned with the 56th IB at the time of the alleged abduction, denying any involvement in Burgos’ “enforced disappearance.”

Baliaga also claimed that he was on an administrative break from April 21 to May 6, 2007, and that he stayed at his aunt’s house in Besao, Mountain Province, from April 29 to May 1, 2007.