2 safe 15 hours after boat capsizes off US | Inquirer News

2 safe 15 hours after boat capsizes off US 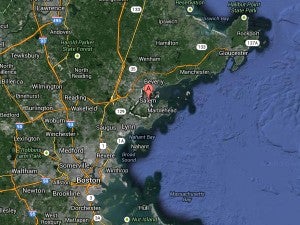 PORTLAND, Maine – Prayers, scripture verses and gospel songs helped two men survive a harrowing 15-hour ordeal of waves and winds until they were rescued by a passing fishing boat after their boat capsized in the chilly waters off the Massachusetts coast, one of the men said Sunday.

The New Hampshire men spent Friday night sitting on a plank over two hulls of a 25-foot (7.5-meter) trimaran as waves left them soaked and cold.

George Reynolds told The Associated Press he and Fred Schaeffer prayed for strength — and calm seas and winds — as their muscles cramped and they violently shivered as they tried to stay warm.

“It was a real test of my faith,” Reynolds, of Derry, said in a telephone interview from his home. “I said, ‘Lord, whatever your will is I’m in the mercy of your hands, and if this is going to be the end I’m trusting in your mercy.'”

Reynolds, 62, and Schaeffer, of Raymond, who’s in his late 40s, put Reynolds’ boat, the “Ark Angel,” in the water in Salem, Massachusetts, on Friday with plans to sail to Boston. But with winds blowing hard and the boat flying along at more than 25 knots (46 kph), they decided part-way through the trip that it would be safer to turn back toward Salem.

Reynolds took off his life vest and tried waving it to get the attention of a far-away fishing boat, but the wind blew it out of his hands into the water. So he and his best friend put a plank across the hull and hunkered down, back-to-back to give each other warmth and support.

Through the night, with the air temperature dropping into the 40s Fahrenheit (single digits Celsius) and water temperatures at 58 degrees F (14 degrees C), the water lapped onto their plank and on occasion crashed over them.

Reynolds, who owns a small welding fabrication business, said he’s been teaching Bible courses at a New Hampshire prison for more than 25 years and that he and Schaeffer attend church together. So they prayed a lot, sang and did some soul-searching as they kept each other awake, worried they might fall into the water.

Saturday morning’s sunrise was a welcome sight. “When the sun rose, that was the most beautiful sunrise I’ve ever seen,” Reynolds said.

Sometime after 7 a.m., they got the attention of a passing fishing boat named “Fishy Business,” which rescued them and brought them to shore in Salem. There, they were checked over by emergency medical technicians before they drove home, shaken up but unharmed.

Salem Harbormaster Bill McHugh told WCVB-TV the two men were in remarkably good shape when they were rescued, considering the low temperatures they experienced. McHugh did not immediately return a phone message from The Associated Press.

Reynolds said being stranded with Schaeffer helped make all the difference.

“I’m thankful for my faith and for my best friend Freddy,” Reynolds said. “We were able to encourage each other. We really didn’t get negative.”