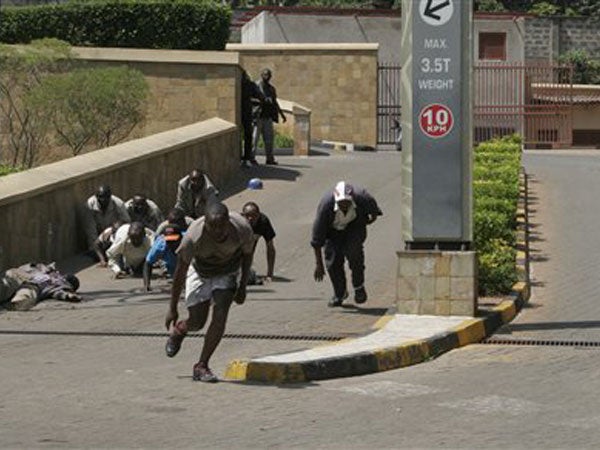 In this Saturday, Sept. 21, 2013 file photo, civilians run for cover as a body, left, lies outside the Westgate Mall in Nairobi, Kenya during an attack by terrorists using guns and grenades. AP

Flames and smoke, the whoop of sirens, the flicker of ambulance lights and uniformed men shouting in darkness. These are my childhood memories of the chaotic aftermath of a hotel bombing in Kenya’s capital on New Year’s Eve, 1980.

The attack on the Norfolk Hotel, popular among foreign tourists, preceded the Sept. 21 assault on the Westgate Mall in Nairobi by a generation. Then as now, a city landmark was hit, Kenyan and foreign civilians died, leaders pledged to stop it happening again and talk turned to recovery. Much about the hotel bombing remains a mystery as investigators now seek to unravel the plot behind the mall attack, a horror replayed on closed circuit TV footage.

The motive and method were different for the two attacks, but Kenya is confronting the same questions about security, freedom of movement and the nexus between local and international militancy that it did decades ago. 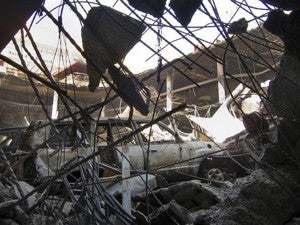 In this Saturday, Sept. 28, 2013 file photo, vehicles that plunged down during the collapse of the upper car park level lie amidst the rubble below, viewed from the basement car park, at the Westgate Mall in Nairobi, Kenya. AP

I was 13 years old at the time and watching “Superman II” with my family in a cinema in Nairobi, where my father was based as an Associated Press journalist. A boom interrupted the soundtrack. My father made a telephone call and within minutes we were driving to the hotel. No time to drop the family at home.

My father’s reporting captured the same kind of panic and confusion that shrouded the Westgate mall attack. Firefighters struggled with equipment. Some people speculated that a small plane had dropped a bomb on the historic hotel, which had a mock Tudor facade, an aviary and a verandah restaurant accessible from the street.

Days after the blast, I wandered in the rubble. The twisted frame of a steel tennis racket and other burned belongings of guests lay there.

Suspicion fell on Palestinian militant groups that allegedly targeted Kenya for supporting Israel in counterterrorism missions, including a 1976 hostage rescue in neighboring Uganda. The groups denied involvement. At least 15 people died at the hotel, according to Kenyan media.

Al-Shabab, a Somalia-based al-Qaida-linked extremist group, said it attacked Westgate, where at least 67 died, to punish Kenya for fighting Islamic militants in neighboring Somalia. The mall is at least partially owned by Israelis.

Kenya is a periodic target, vulnerable to infiltration, because of its role as a Western ally and regional hub. Thirteen died in a bomb attack on an Israeli-owned hotel on the Kenyan coast in 2002. Hundreds died in al-Qaida’s 1998 bombings of the U.S. embassies in Kenya and Tanzania.

In a Jan. 7, 1981 editorial titled “International Terrorism,” The Standard newspaper of Kenya wondered whether the Norfolk assailants were “a loosely knit but well-funded gang of mercenaries which at any stage during their mischievous ‘safari’ on Kenyan soil, may have colluded with ‘local’ or ‘regional’ contacts.”

Kenyan authorities said the bomber was a Moroccan militant traveling on a Maltese passport who on Dec. 23, 1980 checked into the Norfolk, then owned by the Blocks, a Jewish family. He left on a flight to Saudi Arabia hours before the blast.

At midday on Dec. 31, 1980, the suspect “ran down the wide carpeted staircase from his room on the first floor of the western wing, walked out past the reception counter and was never seen again. At 8.30 p.m., with a blinding flash and a roar that split the night, the Norfolk exploded,” Fairmont The Norfolk Hotel, as it is now called, says on its website.

Ruth Rabb, a Block family member, was driving to the Norfolk that night to have dinner with friends. She said some people initially thought the explosion was caused by a gas leak. A dining room, a lounge, some guest rooms and other areas were destroyed, but much of the hotel was intact. Rebuilding began quickly.

“It was hard work and determination,” Rabb said.

My parents dined at the Norfolk on the night before the blast. The family returned for tea a week later, when a hotel restaurant reopened.

The Norfolk bombing and the strike at Westgate, in which attackers with guns and grenades slaughtered civilians, represent different eras. Extremist groups have evolved from largely top-down structures, sometimes with state support, to fragmented cells with shifting alliances.

“There’s definitely a more horizontal structure to these networks than the vertical structure that we saw in the past,” said Colin Clarke, an associate political scientist at the U.S.-based RAND Corporation. He said attacks can be more lethal because of new technology and the ease with which militants can communicate. 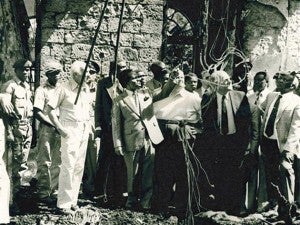 In this photo taken Jan. 1, 1981 security personnel and officials assess the damage after a bomb attack in which 20 died at the Norfolk Hotel in Nairobi, Kenya. AP

Like Westgate, the Norfolk’s clients were mostly people of means, some of fame. Guests included Winston Churchill and Theodore Roosevelt; in 1979, Jerry Brown, California’s governor then and now, stayed there with singer Linda Ronstadt.

Hilary Ng’weno, publisher of The Weekly Review, a Kenyan journal, wrote at the time of the explosion that it created “uncertainty” between Kenya and foreign visitors and aimed to undermine a political system with a continental reputation for stability.

Ng’weno said: “Ironically, it is the very nature of a free society in Kenya which has made the bombing at the Norfolk possible.”

The hotel, now Saudi-owned, marked its 2004 centenary with a parade of vintage cars and horse-drawn carriages. The theme was the Norfolk’s iconic role in the growth of Kenya’s capital, which is again embarking on a path to recovery.

Christopher Torchia is the Associated Press bureau chief for southern Africa, based in Johannesburg.