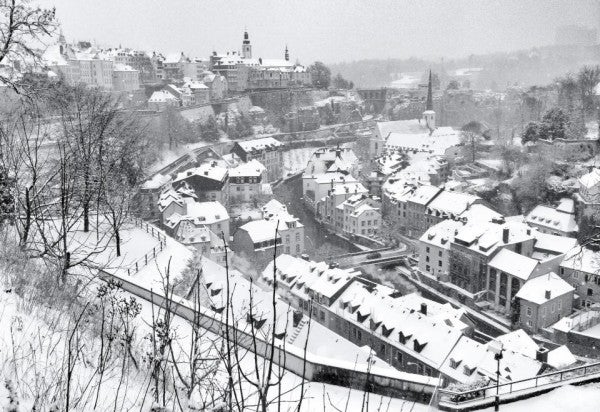 LUXEMBOURG — Luxembourg, one of the smallest countries in Europe but one of the richest in the world, is set to hold early general elections on October 20.

Following are some key facts about the world’s last Grand Duchy, smaller than Samoa or the US state of Rhode Island, and unfamiliar often even to those living in large neighboring states like France and Germany.

ECONOMY: Luxembourg is a major financial center, with banking and insurance services underpinning a sector that accounts for about 27 percent of gross domestic product (GDP) according to the CIA World Factbook.

Tax advantages that were extensively used in the past by foreign banks and residents have been trimmed back under pressure from the European Union and the Organization for Economic Cooperation and Development (OECD) however.

The nation has been chosen as a global or European headquarters site by companies like Amazon, ArcelorMittal and Skype, and has solid industrial and information technology sectors based on communications, media, transport and logistics, steel production and trade.

Per capita gross national income (GNI) was $65,190 in 2012 based on purchasing power parity data from the World Bank, ranking Luxembourg seventh worldwide.

Overall GDP amounted to $57 billion, dropping it in a much more modest 72nd place, just behind Sudan.

EU data put unemployment at 6.9 percent in August 2013, less than half the 17-nation eurozone average of 12 percent.

Of Luxembourg’s total workforce, 41.5 percent is comprised of people who live in neighboring countries, and a full 65 percent are foreign born.

The country has three official languages, Letzeburg, German and French, but its namesake capital is small, with a population of around 100,000.

The total population was 537,039 in January 2013, of which more than 44 percent were foreigners, the highest proportion of any EU country.

HISTORY: The country formed part of the Holy Roman Empire until it was conquered by the French in 1795. In 1815 the Grand Duchy was formed under the house of Orange-Nassau, also sovereign of the Netherlands. In 1839 the Walloon (French)-speaking area was joined to Belgium. The link with the Netherlands was broken in 1890. Luxembourg is a member of the Benelux grouping with Belgium and the Netherlands since 1947 and is one of the six founding members of the EU.

POLITICS: Luxembourg is a constitutional monarchy. Grand Duke Henri appoints a prime minister who commands a majority in parliament.

Juncker is leading the battle for his Christian Social People’s party in the forthcoming election.

The party has been in power uninterruptedly since its creation in 1944, except for a brief period in opposition in the mid-1970s.

Luxembourg is also a founder member of the North Atlantic Treaty Organization (NATO). It is home to the secretariats of the European Parliament, the European Investment Bank and the European Court of Justice.