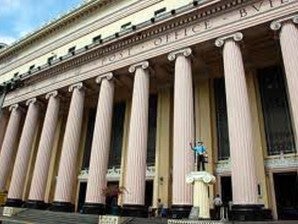 LUCENA CITY, Philippines – Police in Quezon have linked employees of the Philippine Postal Corp.  PhlPost to last Tuesday’s robbery of P9.4 million intended  for distribution to the poor under the government’s poverty alleviation program that a PhlPost crew was to have delivered to the town of San Francisco, police said Thursday.

“The PhlPost intelligence division is also conducting separate investigation on their suspicion that their employees connived with the robbers,” Nuyda said in a telephone interview.

He said the driver of the van, who was hired by the leader of the PhlPost team transporting the money, was also included as suspect. The driver claimed he was shot by the robbers in the foot when he supposedly resisted the robbery.

“But we have yet to file the case against them. We’re still conducting investigation to tie up some loose ends,” Nuyda said.

Nuyda told the Inquirer on Wednesday that the authorities already then suspected that the robbery was an “inside job.”

He said the money was being transported in a van by five employees of the PhlPost regional office in San Pablo City when they stopped for lunch at a roadside eatery on the Maharlika Highway in Barangay (village) Silangang Malicboy in Pagbilao.

After lunch, the driver of the van returned to the vehicle to start the engine but was approached by three men who demanded to be given the ignition key.

According to Nuyda, Dizon told investigators he refused to turn over the key and was shot by one of the robbers in the foot.

Nuyda cited a number of observations that gave rise to police suspicions of an “inside job,” among them the robbers’ knowledge of the precise time and place the delivery van’s crew would stop by for lunch.