Police eye inside job in P9.4-M fund robbery in Quezon 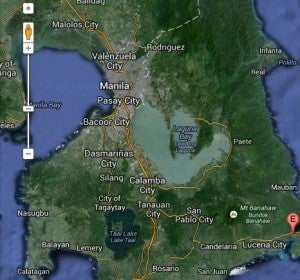 LUCENA CITY, Quezon, Philippines—Three highway robbers escaped with P9.4 million in cash that was supposed to be distributed to the poor under the government’s poverty alleviation program “Pangtawid Pamilyang Pilipino Program” (4P’s) in a supposedly daring noontime robbery that police now suspect may have been an “inside job.”

Chief Insp. Von June Nuyda, chief of police in the town of Pagbilao where the robbery was reported to have taken place on Tuesday, said in a telephone interview on Wednesday that the money was being transported in a van by five employees of the Philpost regional office in San Pablo City when they stopped for lunch at a roadside eatery on the Maharlika Highway in Barangay Silangang Malicboy.

After lunch, the driver of the van, Brian Dizon, returned to the vehicle to start the engine. It was at this point when three men approached Dizon and, at gunpoint, demanded for the ignition key.

According to Nuyda, the driver told investigators he refused to turn over the key, prompting one of the robbers to shoot him on the foot.

Sonia Leyson, head of the regional office of the Department of Social Welfare and Development  in Quezon, said in a telephone interview her office had nothing to do with the transportation of the money.

“The fund came from the national DSWD. If there is no LBP (Land Bank of the Philippine) branch in the vicinity of the recipient town, usually the money is transported by Philpost,” she said.

Nuyda said the police was focusing its investigation on the “inside job” angle.

He cited a number of observations that gave rise to their suspicions, among them the knowledge of the precise time the delivery van’s crew would stop by for lunch. He also noted that there is a Land Bank branch in the town of Mulanay, just a few kilometers away from San Francisco.

“There is no need for them to transport huge sums of money,” said Nuyda.

He said investigators were puzzled why the Philpost employees, knowing they were transporting a lot of cash, would choose to stop for lunch in an isolated place instead of a more secure one.