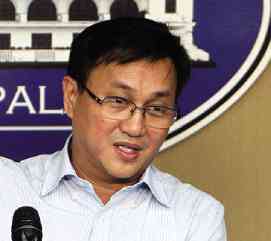 MANILA, Philippines—The Metropolitan Manila Development Authority on Wednesday said it sent more rescuers to Bohol province to augment the team it sent on Tuesday to assist in the massive rescue operations for victims of the 7.2 magnitude earthquake.

MMDA Chairman Francis Tolentino said the 10-man team had with them three sniffing dogs and underground camera sensors to search for people possibly trapped under the rubble.

“Based on reports, Bohol sustained heavier damage so we deemed it right to send another rescue team to assist in the ongoing rescue and clearing operations,” Tolentino said.

He said the team also brought with them more generator units as the province still has no electricity up until Wednesday.

MMDA on Tuesday sent two eight-man teams to assist in the ongoing relief and clearing operations in villages affected by the earthquake.

He said the rescue teams, members of which are “veteran and well-trained rescuers,” are equipped with extrication power tools, bolt cutters, chainsaws, and trauma kit.

Tolentino said these rescuers have already been sent to different provinces during previous calamites, and have undergone appropriate training and expertise in rescuing trapped people, clearing, and providing emergency medical care.

In a twitter post on Wednesday, MMDA said their rescue teams recovered two more bodies of female victims in Loon municipality around 1 p.m.