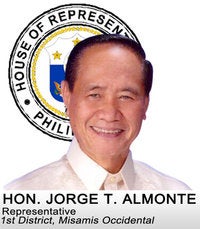 MANILA, Philippines—With the freedom of information (FOI) bill gaining ground in the Senate, its advocates are hoping the House of Representatives will follow the upper chamber’s lead.

The Right to Know, Right Now coalition said it has met with House public information committee chair Rep. Jorge Almonte and asked him to set a timetable for a vote on the bill and to allow the issues surrounding the measure to be properly heard.

Almonte has promised to act based on the House rules and made a commitment to discharge his responsibility, said Nepomuceno Malaluan of the coalition.

Though there was no specific commitment from Almonte on setting a timetable for the FOI bill, the fact that he met with the group was a good indication that he is open to discussing the issue with stakeholders, said Malaluan.

He noted that the public information committee’s actions will play a big part in determining whether the FOI bill will advance in the House or not.

“In the end, it will depend much on how the committee will move, beginning with the organizational meeting,” he said.

Ifugao Rep. Teddy Baguilat, a coauthor of one of the FOI bills, said Almonte had promised to hold the committee’s organizational meeting next week.

The organizational meeting is necessary before hearings on the FOI bills can be held.

“I hope the committee extends beyond simple organization and the adoption of internal rules toward the committee setting its specific agenda,” Malaluan said.

In the previous congress, supporters of the bill lamented that the measure had gotten stuck at the committee level for a long period, with few hearings being scheduled. After the measure was approved in the committee, it did not progress in the plenary as well.

But last week, Speaker Feliciano Belmonte said the FOI bill would pass before the end of his term.

The FOI bill seeks to lift the shroud of secrecy over government dealings, and to make transparency a state policy.

But several contentious issues surround the bill, such as the inclusion of a right of reply provision that requires media outfits to provide equal time and space to the subject of reports arising from the implementation of an FOI law.

Media organizations oppose the right of reply provision on the ground that it would encroach on editorial independence.