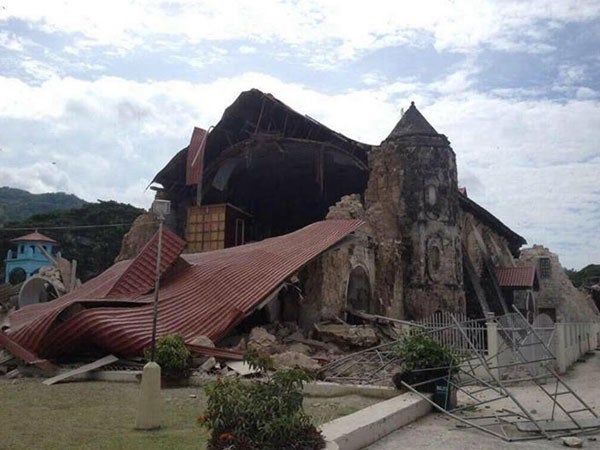 A couple of centuries-old churches in Bohol such as Loboc Church, seen in the photo, were heavily damaged by the 7.2-magnitude earthquake that hit Bohol Tuesday morning. AFP PHOTO

MANILA, Philippines – Loboc Church and Baclayon Church, two of the oldest churches in the Philippines, were heavily damaged on Tuesday after a 7.2 magnitude earthquake hit the province.

The Philippine Information Agency (PIA) Central Visayas over Twitter said, “The century old church in Baclayon is heavily damaged according to Jun Dy of comm rescue group in Bohol.”

Meanwhile, Loboc Church has been trending on Twitter after netizens posted photos showing the church’s front façade completely destroyed. Parts of its roof can also be seen in front of the structure.

The first structure in the Baclayon Church compound was built back in1595 while the church’s building was from 1727. Its museum features relics dating back to the early 16th century.

Meanwhile, Loboc Church is the second oldest church in Bohol rebuilt in 1638 after a fire gutted its original structure.

It is located near the famous Loboc River and both have become major tourist attractions for the province.