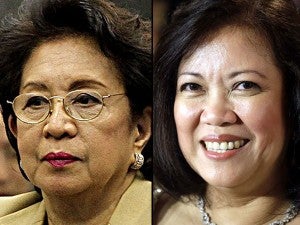 MANILA, Philippines—Chief Justice Maria Lourdes Sereno and Ombudsman Conchita Carpio-Morales have already started talks on the conduct of lifestyle check on members of the judiciary and court personnel.

The plan will cover not only the Supreme Court but the appellate courts and lower courts.

“The Chief Justice and the Honorable Ombudsman, Conchita Carpio-Morales, have also initiated discussions on making use of the technical capability and legal mandate of the Ombudsman to undertake lifestyle checks on the members of the Judiciary and court personnel,” the Chief Justice said in a statement issued Monday.

Sereno’s move came on the heels of reported fixer within the Judiciary who pampers justices and judges and their spouses by giving them expensive gifts and bankrolls their travel abroad.

Sereno has also tapped the NBI to conduct a parallel investigation to identify these individuals who “appear to have unlawfully influenced specific members of the judiciary in the outcome of specific cases which facts may crop up in the course of its investigation.”

The high court chief also called on the NBI to investigate possible criminal liabilities committed in the recently concluded election of the Philippine Judges’ Association.

The election was allegedly marred by vote-buying instigated by a certain “Ma’am Arlene.”