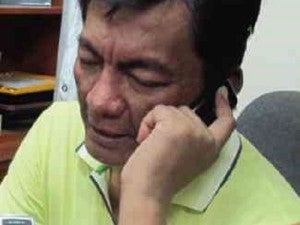 LEGAZPI CITY – Albay Governor Joey Salceda has been elected chair of a United Nations body that has in its disposal up to $100 billion in funds for international programs to deal with climate change.

Salceda received unanimous support from developing countries in his election as chair of the United Nations Green Climate Fund (UNGCF) board, the first Filipino and Asian to achieve that feat.

Salceda, in an e-mail statement from Paris, said as UNGCF chair he would see to it that “funds would be available and operational in 2014 to address positive consequences in the lives of the vulnerable, the ordinary of the world affected by climate change.”

“It is an honor and a privilege for a local chief executive, for an Albayano and for a Filipino,” said Salceda, in a separate statement on his Facebook account.

Salceda said his election to the UNGCF board is a sign of confidence in the Philippines by the international community.

“There is a lot of hard work ahead,” said Salceda. He said the agency’s target is to reduce carbon emissions, which are largely to blame for changes in climate.

He said his goal was to “make the fund operational in 2014.”

Developing countries, said Salceda, stand to benefit from the UNGCF to “initiate a paradigm shift toward low-emission and climate-resilient development.”

UNGCF, he said, has a $100-billion fund available for programs to deal with the effects of climate change.