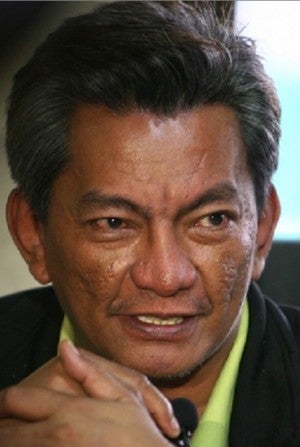 LEGAZPI CITY, Philippines–Albay Governor Joey Salceda has been elected chairman of the United Nations Green Climate Fund Board, the first Filipino and Asian to be elected chair of the 24-man board.

Salceda said on Friday that he received unanimous support from developing countries during the Board’s fifth meeting held in Paris from Oct. 7 to 10.

Salceda, in an e-mailed statement from Paris, said that as UNGCF chair he would see to it that “funds would be available and operational in 2014 to address positive consequences in the lives of the vulnerable, the ordinary people of the world affected by climate change.”

Salceda said his election to the UNGCF Board is a strong expression of confidence on the Philippines and further raises the country’s profile in the international community.

“There is a lot of hard work ahead that needs more prayers and moral support to make my leadership succeed in combating the effects of climate change on vulnerable countries and in curtailing climate change itself through reduction of carbon emissions,” Salceda said.

He said that with US$100 billion in UNGCF funding, two priority programs are expected to be pursued in 2014 that would bring about preparedness and readiness in combating the ill effects of climate change.