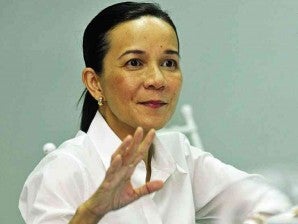 MANILA, Philippines–With the “overwhelming” support of her colleagues, Senator Grace Poe is confident that the Senate will pass the Freedom of Information bill.

The chamber is set to start plenary debates on the measure next week.

“We look forward to defending this important measure on the floor and hurdling its passage in the Senate with the overwhelming support of fellow senators and the public,” said Poe, head of the Senate committee on public information and mass media.

Aside from her colleagues,  the neophyte senator  also  noted  Malacañang’s  support for the passage of the  bill  when  it announced that it would be  included on the list of priority measures that would be discussed during the Legislative-Executive Development Advisory Council.

Poe said the bill, if enacted into law, would complement the strong public clamor for transparency and accountability and the safeguarding of public funds.

“FOI will not only prevent graft and corruption but more importantly, our citizens will learn to get involved and participate and thus will become true stakeholders in government. This is the true essence of democracy,” she said when she sponsored the bill on the floor.

“The proposed FOI Act is long overdue. Let us not delay its passage anymore.  Let us heed the clamor of the people ad approve this measure without further delay,” she said.

If it becomes a law, Poe said the FOI would allow every Filipino citizen access to any government record or information subject to certain exceptions.

The same measure was approved in the Senate during the 15th Congress but it failed to get the approval at the House of Representatives.