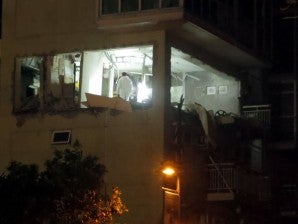 This was the pronouncement of lawyer Raymond Fortun to those who came out with the report that said criminal charges could be filed against his client—the owner of the unit at Two Serendra where the May 31 explosion that killed several people took place.

According to Fortun, who spoke to reporters after the weekly Fernandina forum in San Juan City on Wednesday, the findings of the InterAgency Task Force that conducted the investigation into the blast in Unit 501-B owned by his client Marianne Cayton, were mere “speculation” sans a forensic investigation.

“What was the forensic investigation that was conducted? If you watch CSI, they trace (everything)…(Here), they speculated about something without any evidence,” Fortun said.

Fortun cited as an example a portion of the IATF report (which has been uploaded on the Department of the Interior and Local Government website) which said that the explosion was caused by a gas leak brought about by a detachment of the hose connecting the unit gas range to the building’s main gas line.

The task force had concluded the hose had fallen on the ground based on paint drippings found perpendicular to the hose and on the floor, Fortun said.

The detachment had been caused by workers’ movement of the gas range 22.9 cm from its original position, as approved by Cayton, the report said.

“Where the paint is concerned, how did they know that? Unless there’s… a pattern. If it’s only one line of paint, it’s possible someone was just painting (there before),” he said.

“If you watch CSI, they trace (everything),” he said.

Fortun also questioned the IATF finding that  the clamp used to lock the hose connected to the gas range was loose before the explosion, which, the IATF said, meant the workers did not properly refit the hose.

“My question is, how did they know that was loose before the explosion? Or maybe it became loose after the explosion,” Fortun said.

“When it comes to the evidence, sasabit at sasabit talaga sila (they will trip and keep on tripping). It saddens me what they did,” he said.