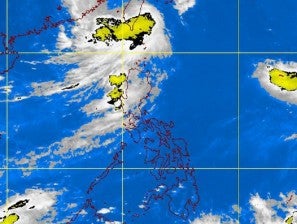 MANILA, Philippines—Now that the skies have cleared, most of the tens of thousands of residents displaced by Typhoon Mina’s heavy rains and high winds in northern Luzon have returned to their homes,  Social Welfare Secretary Corazon Soliman said Tuesday.

“The families who evacuated at the height of Typhoon Mina are now returning to their respective homes,’’ Soliman said.

The Department of Social Welfare and Development opened 108 evacuation centers in Regions 1, 2 and CAR before Typhoon Mina pounded Cagayan and other provinces in Northern Luzon Friday and Saturday.

A total of 1,179 homes in these regions were damaged while 63 were destroyed, the DSWD said.

Some P7.5 million in relief assistance—P6.2 million from local government units, P1.08 million from DSWD, and P155,500 from non-governmental organizations—was released to the evacuees, Soliman said.

After days of unleashing heavy rain and high winds on Luzon, Mina (international codename: Nanmadol) swirled out of the Philippine area of responsibility Monday.

The DSWD said a total of 53,603 families or 221,061 persons were temporarily displaced by the typhoon.

Soliman said her department’s Quick Action Response Teams were still deployed and would continue to coordinate with local governments to prepare for the rehabilitation of the typhoon victims.

She also commended local government units for leading relief efforts and providing for the immediate needs of their constituents.

Meanwhile, the weather bureau warned that the southwest monsoon would continue to bring rain over the western section of Central and Northern Luzon, while the rest of the country would be partly cloudy to cloudy with isolated rainshowers.