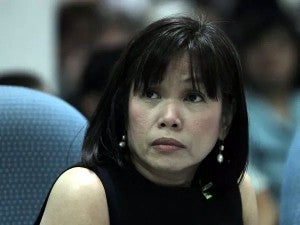 MANILA, Philippines—The Bureau of Treasury is substantiating claims by Malacañang that the more than P130 billion in Malampaya funds remain intact.

In a statement released Wednesday, the Treasury allayed fears raised by Sen. Ralph Recto that the funds could not be accounted for by the executive department.

“The remaining Malampaya fund balance—all amounting to P137.288 billion—is not ‘gone’ as he says, but perfectly intact in the national treasury,” National Treasurer Rosalia de Leon said in the statement.

The Malampaya fund is a pool of money composed of the government’s share in revenues from the Malampaya gas project.

It is primarily intended to support energy-related projects and programs, although it can be used for other initiatives approved by the President.

According to the Treasury, the total amount deposited by the Department of Energy to the Malampaya fund since its creation in March 2002 to Sept. 30, 2013 was P179.338 billion.

On the other hand, total releases against the fund during the same period amounted to P42.05 billion.

Under the Aquino administration, it also said, releases against the Malampaya fund, amounting to P18.45 billion, were all for energy-related projects.

In a press briefing Wednesday, Deputy Treasurer Cristine Sanchez explained the process of releasing money from the Malampaya fund and other special accounts.

She said a government agency that would like to tap the Malampaya fund to support a project should go to the Department of Budget and Management to file a request.

It should also go to the Treasury to ask for certification that there is available fund.

The certification issued by the Treasury should then be submitted by the requesting agency to the DBM, which is the one authorized to order release of money.

Once the special allocation release order (SARO) is released by the DBM, the Treasury releases the money.

When asked by reporters, Sanchez confirmed that P900 million was indeed released from the Malampaya fund to the Department of Agrarian Reform between 2009 and 2010.

She also said that in the same period, P185 million was released to the Department of National Defense.