2 killed, 2 hurt as truck rams through gas station in Valenzuela 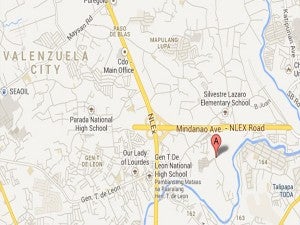 The truck’s driver Ramon Gabayan was burned to death after he was pinned inside his vehicle while the other fatality, Jonathan Mafuel, died when the gasoline dispenser fell on him, said Fire Officer 3 Walter Fermalino, arson investigator.

Tomas Martin and Raymond Pulay were wounded and were rushed to Valenzuela General Hospital.

Fermalino said the dump truck, with plate number UMB 943, was heading towards Bulacan when it allegedly tried to avoid another vehicle, which caused it to ram the fuel dispenser of the Shell gas station along Mc Arthur Highway in Barangay (village) Karuhatan.

The dump truck also hit a van, with plate number RHP 181, but its passengers were unhurt.