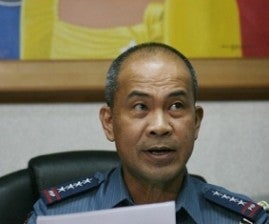 MANILA, Philippines—Former Philippine National Police Director General Jesus Verzosa and five co-accused pleaded not guilty on Thursday to graft charges against them in connection with the alleged anomalous acquisition of 75 rubber boats in 2009 worth P131.5 million by the police.

All except Soriano, now Mayor of Tuguegarao City, Cagayan, entered a not guilty plea as the court read the informations against them.

Soriano did not enter any plea due to a motion for reconsideration that he filed before the Office of the Ombudsman. The court, however, entered a not guilty plea for him.

All the accused denied the charges, which they described as baseless and unjust.