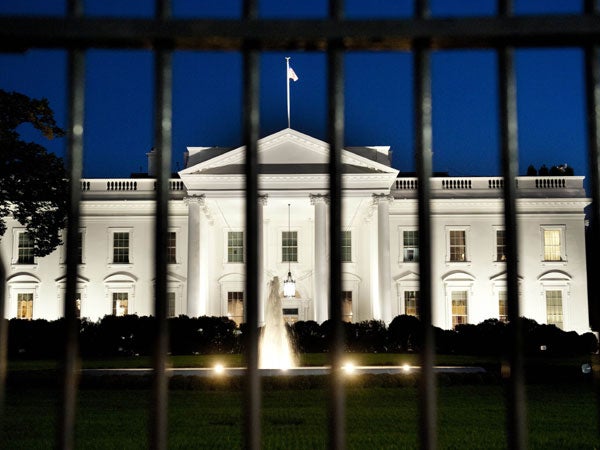 The White House is seen at dusk on the eve of a possible government shutdown as Congress battles out the budget in Washington, DC, September 30, 2013. AFP

“Agencies should now execute plans for an orderly shutdown due to the absence of appropriations,” said Sylvia Mathews Burwell, director Of the White House Office of Management and Budget in a memo.

The order was issued 10 minutes before the US government officially ran out of money after a day of angry brinkmanship between the Republican-controlled House of Representatives and the Senate, where Democrats have the majority.

Burwell urged Congress to pass a temporary operating budget as soon as possible to allow departments to reopen.

“We urge Congress to act quickly to pass a Continuing Resolution to provide a short-term bridge that ensures sufficient time to pass a budget for the remainder of the fiscal year, and to restore the operation of critical public services and programs that will be impacted by a lapse in appropriations.”