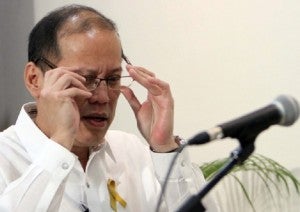 MANILA, Philippines–President Aquino has accepted the invitation of South Korean President Park Geun-hye and will travel to South Korea for a state visit on Oct. 17 and 18, the Department of Foreign Affairs said Friday.

Mr. Aquino and Park will hold their first summit meeting to discuss bilateral issues, particularly political, defense, economic and development cooperation, and to exchange views on regional and international challenges, the DFA said in a statement.

Mr. Aquino will also meet with the South Korean business community to promote further trade and investment in the Philippines and interact with the Filipino community in Seoul.

According to the DFA, the Philippines and South Korea established relations on March 3, 1949 and developed “dynamic economic relations” through the years.

During the Korean War (1950-53), the Philippine Expeditionary Forces to Korea (Peftok) joined the United Nations-led coalition in defending South Korea. Until today, the DFA said, both countries recognize this as the “bedrock of Philippine-Korean relations.”

Both Mr. Aquino and Park are children of former Presidents.

Corazon Aquino and Park are both the first female presidents of their respective countries.

Park is the daughter of President Park Chung-hee, a Korean War veteran, who, like his contemporary Ferdinand Marcos of the Philippines, ruled South Korea as a dictator. She has since apologized for the crimes committed under the rule of her father, who was assassinated in 1979.

Mr. Aquino’s father was assassinated in Aug. 21, 1983 upon returning from his self-imposed exile in the US.