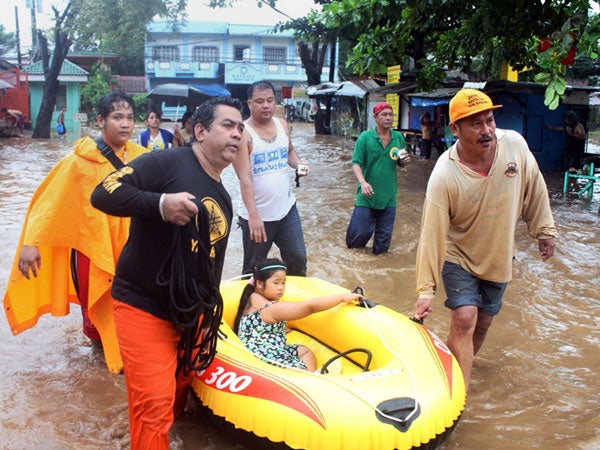 MANILA, Philippines – At least 20 persons were killed in landslides and floods in Zambales Monday at the height of heavy rains spawned by the storm-enhanced southwest monsoon, reports said.

Subic Mayor Jun Khonghun said in a radio interview that 10 people were killed in a landslide in Cawag village in Subic that occurred around 6 a.m. Monday. Two were still missing.

Meanwhile, in San Isidro village, five were killed from a landslide and one was still missing.

Based on reports from the Office of Civil Defense in Central Luzon, a 67-year-old woman drowned in Olongapo.

In a separate television interview, Khonghun said that roads in Subic were already impassable and “isolated.” Speedboats were used to get around the area.

“We are asking for help from the national government. Please assist us,” he said.

The heavy rains in Luzon were caused by the prevailing southwest monsoon that is strengthened by a storm over the Pacific Ocean. “Pabuk” will not enter the country but it will trigger heavy rains.