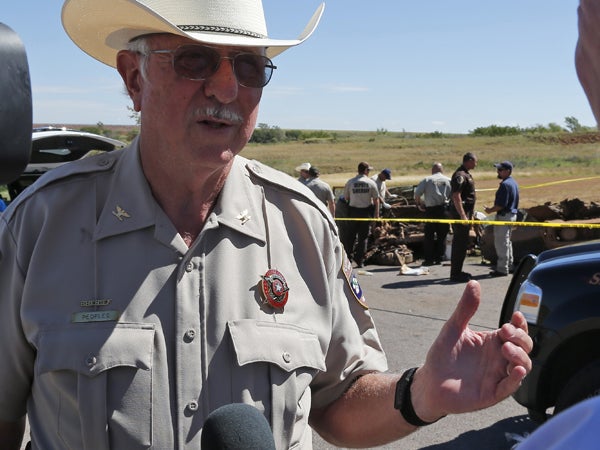 CHICAGO – Two decades-old mysteries may finally be solved after Oklahoma state troopers discovered the bodies of six people in two rusted cars at the bottom of a lake during a training exercise.

Investigators picking carefully through the mud-encrusted vehicles on Wednesday believe one – a 1969 Camaro – may have contained the remains of three teens who went missing from the town of Sayre in 1970.

The other vehicle had “real similarities” to a missing persons report filed in 1969, the Custer County sheriff’s office said in a statement.

Debbie McManaman thinks her grandfather – John Alva Porter – was in the 1950s-era Chevy that was pulled out of the murky waters.

“It’s been very traumatic,” McManaman told KFOR news. “I can remember my dad having dreams at night and getting in the car as soon as he got off work from his day job, and he’d take my mom and they’d look and look for any trace.”

The Oklahoma Highway Patrol was testing out new sonar equipment when they discovered two cars last week in Foss Lake, a popular fishing and boating spot in the western part of the largely rural state.

The human remains weren’t discovered until the wrecks were pulled out on Tuesday.

The remains had to be very carefully removed to preserve evidence and prevent further deterioration, a task which dragged on into Wednesday.

It will now be up to the medical examiner’s office to identify them.

“It is real important to the families to determine (the identities of the remains) so they can have closure and know what happened,” Custer County Sheriff Bruce Peoples told reporters.