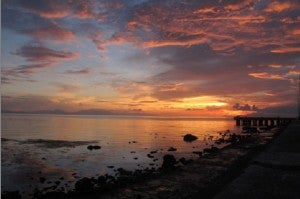 MANILA, Philippines—The Mines and Geosciences Bureau of the Department of Environment and Natural Resources on Friday disowned knowledge of any $12-million escrow fund for the rehabilitation of the Boac River in Marinduque following the Marcopper mining disaster of 1996.

“There is no such fund,” MGB Director Leo Jasareno said in reaction to reports that resurfaced on the fund purportedly set up in 2001 by Marcopper Mining Corp., which was responsible for what has been described as the country’s worst mining disaster.

“Insofar as the DENR is concerned, no such fund was ever made available. We have no information on it and the DENR was never a party to it,” he told the Inquirer in a telephone interview.

A former Marinduque provincial board member, Melecio Go, earlier asked whatever happened to the fund set up by Placer Dome Inc., Marcopper’s parent company, in November 2001, supposedly as part of the company’s commitment to then president Fidel V. Ramos to clean up the 27-kilometer Boac River.

Marcopper shut down after the 1996 toxic spill that flooded several villages in Marinduque. In 2006, Placer Dome Inc. sold its shares to the global gold-mining firm, Barrick. The Marinduque government, through Governor Carmencita Reyes and her son former Representative Edmund Reyes, filed a $100-million class suit against Placer Dome in October 2005.

Walter “Skip” Scott, lead counsel in the 2005 damage suit, branded the escrow fund as a “myth built on hope but no less a myth.”

Go earlier showed to the Inquirer copies of the 2005 correspondence between him and former Marcopper president John Loney, who acknowledged that the fund was deposited “under an escrow agreement with a financial institution.”

A 2006 Inquirer report also quoted another board member, Alan Nepomuceno, as saying that the money was deposited in a bank in Hong Kong with details “known only to selected government and Marcopper officials.”

Lawyer Miguel Ongsiako, counsel of former Marinduque Representative Edmund Reyes, said in an earlier phone interview that the escrow deal was entered into by the DENR and Barrick.

But Jasareno said the DENR had no knowledge of any such fund.

He said the MGB had, under the present administration, formed a “Task Force Marcopper” to devise plans for the recovery of damages from the mining company and the rehabilitation of the Boac River.

“The task force already has output that will be submitted to the Mining Industry Coordinating Council,” Jasareno said without giving a time frame.

Read Next
6 soldiers wounded in clash with Moro gunmen in Basilan
EDITORS' PICK
Look Through: The fate of impounded stray dogs
House energy committee chair Arroyo bats for cheap electricity
What to watch out for when selecting a video surveillance solution
23,000 cops to be deployed nationwide for school reopening
Unleash the photographer in you this World Photography Day with vivo smartphones
DOH says COVID-19 cases plateauing, but public shouldn’t be ‘complacent’
MOST READ
Sharon Cuneta asks for prayers for friend in ICU who suffered silent stroke
Korina Sanchez reunites with former ABS-CBN co-anchors Julius Babao, Cheryl Cosim
Light therapy could be the answer to your sleep problems
Solons file resolutions seeking probe on ABS-CBN, TV5 merger
Don't miss out on the latest news and information.