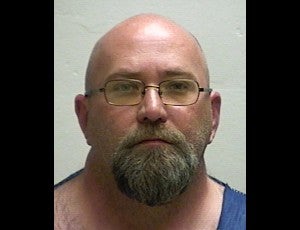 KANSAS CITY, Missouri – A priest whose case led to a criminal conviction against his bishop will likely spend the rest of his life in a federal prison after being sentenced to 50 years on Thursday for producing or trying to produce child pornography.

The Rev. Shawn Ratigan pleaded guilty in August of last year to five counts — one for each of his five young victims. He was charged in May 2011 after police received a flash drive from his computer containing hundreds of images of children, most of them clothed, with the focus on their crotch areas.

Ratigan, 47, apologized to his victims and their families before learning his punishment and asked the judge for the statutory minimum sentence of 15 years for each count, with the terms to all run at the same time.

His public defender, Robert Kuchar, argued that Ratigan’s offenses weren’t as bad as those of other child pornographers whose photos are more graphic and often include images of the victims participating in sexual acts.

Assistant U.S. Attorney Katharine Fincham described Ratigan as a serial sex offender who was arrogant and had a sense of entitlement he thought would keep him from getting caught. She said he deserved the long sentence because he violated the trust of his victims and their families by using his position as a clergyman to get close enough to them to take illicit photos of the children.

A computer technician working on Ratigan’s laptop in December 2010 found hundreds of troubling images of young girls and reported it to officials with the Catholic Diocese of Kansas City-St. Joseph. Instead of turning the photos over to police or reporting suspicions about Ratigan, Bishop Robert Finn sent him away for psychiatric evaluation and later ordered him to stay at a convent where he could say Mass for the sisters and stay away from children.

The photos were given to police in May 2011 after Ratigan violated Finn’s orders.

Jackson County prosecutors charged Finn and the diocese in October 2011 with one misdemeanor charge each of failing to report suspected child abuse, because of the five-month delay between when the photos were found on Ratigan’s computer and when the diocese reported him to police.

Prosecutor Jean Peters Baker said Finn and the diocese were required under state law to report the discovery to police because the images gave them reason to believe a child had been abused.

Finn was convicted of one count last September and sentenced to two years of supervised probation. The charge against the diocese was dropped.

If Finn abides by a set of stipulations from the judge, his conviction will be wiped from his record next year.

On Thursday, parents of one of Ratigan’s victims said a 50-year sentence was sufficient so that he will never be able to harm the children again.

“We witnessed our outgoing, vibrant little girl become depressed, withdrawn, anxious,” her mother said, sobbing at times. “She’s too scared now to trust anyone of authority.”

Complaints against Ratigan, who was ordained in 2004 at the age of 38, began piling up in 2009 as parents became concerned he was spending too much time with children and taking too many photos of the youths while they played and participated in church events.

A May 19, 2010, letter from St. Patrick School Principal Julie Hess mentioned how several people had complained that Ratigan was taking compromising photos of children and allowed them to sit on his lap and reach into his pocket for candy.

Vicar General Robert Murphy, who received the letter, spoke with Ratigan about setting boundaries with children, then gave a summary to the bishop. Finn later acknowledged that Murphy had briefed him on the memo, but he didn’t read it until a year later.

The diocese issued a statement on behalf of Finn after Ratigan’s sentencing, apologizing for the priest’s actions and saying many steps have been taken to protect children since his arrest.

“To victims of abuse, their families and the community at large, I renew my heartfelt apology and firm pledge to make our Catholic institutions second to none in the protection of children and the vulnerable,” Finn said in the statement.